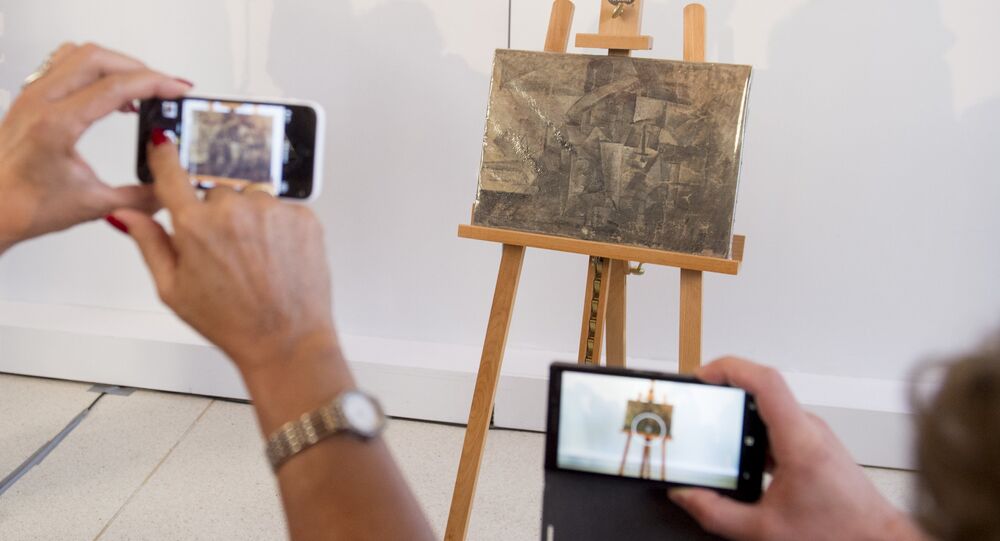 US Returns Stolen Picasso Painting Valued at $15Mln to France

© AFP 2021 / JEAN CHRISTOPHE MAGNENET
Picasso’s Granddaughter Sells $290 Mln of his 'Given Without Love' Artworks
France has managed to retrieve a stolen $15 million Pablo Picasso painting from US, where it's been since it was seized by customs agents in December.

The oil painting, entitled "La Coiffeusse," or "The Hairdresser," which was created in 1911 by one of the greatest artists of the 20 century, was sized by New Jersey-based customs agents during a targeted inspection in Newark.  It's believed to have been stolen from the archives of the Centre Georges Pompidou in Paris in 2001.

Frederic Dore, deputy chief of mission at the French embassy in Washington, DC told France 24 that the painting will "come back to life" and return to public view after careful restoration.  Dore stressed that "outstanding Franco-American customs cooperation" made the painting's return a reality.

France thanks @ICEgov @EDNYnews and all US authorities for the return of #Picasso's "the hairdresser" painting to us. pic.twitter.com/uDu3eMTcuv

"Picasso used to say: 'A painting truly exists in the eyes of the beholder'," Dore said at the embassy, where the painting was formally returned.

"The Hairdresser" was discovered in a FedEx package with a valuation of less than $30, and was authenticated in January by the Centre Georges Pompidou.

The painting had been on Interpol's database of stolen works of art since 2001 when it was reported stolen from the Paris' National Museum of Modern Art, which received the painting from Munich, where it was seen for the last time seen in 1998.

"We are committed to extracting stolen cultural property from the grasp of the black market and restoring it to its rightful owners," said Kelly Currie, US federal attorney for the eastern district of New York.

"The Hairdresser," painted in oil on canvas, was donated to the Centre Pompidou in 1967 by French art collector Georges Salles who got it from French art dealer Ambroise Vollard, who promoted Picasso and other early 20th century artists.

Pablo Picasso: Everything You Can Imagine Is Real