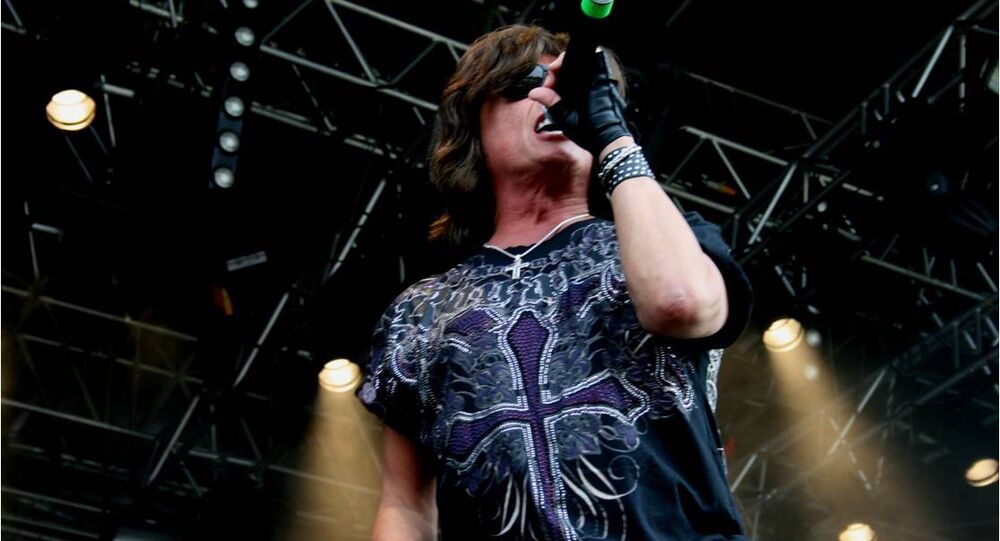 During his visit to Simferopol Joe Lynn Turner, former Deep Purple and Rainbow vocalist, expressed his affection toward Crimea and branded sanctions as Western propaganda.

© Sputnik / Konstantin Chalabov
Jazz Sanctions: Musicians Get Their Arms Twisted, Pressured Into Cancelling Crimea Gigs
During a press conference in Simferopol, Joe Lynn Turner, the legendary ex-singer for Deep Purple and Rainbow, professed his love for Crimea and claimed that he was not afraid of getting slapped with Western sanctions for having visited the Russian peninsula.

Turner and T.O.P. Gun, a Russian music band, have confirmed their willingness to hold concerts in Crimea on August 13-15, 2015. The musicians will visit Feodosia, Sevastopol and Yalta.

"I am not afraid of sanctions," Turner told journalists, adding that the sanctions policy imposed on Crimea by the West is "unfair" and "against God."

The singer elaborated that the Western vision of what is going on in Crimea bears no relation to reality, and nailed the West for its blatant propaganda campaign aimed against the Russian peninsula.

"The truth is on your side," the legendary singer told Crimeans, adding that he believes everything will be fine.

© Sputnik / Alexey Kudenko
US' New Anti-Russian Strategy: Confront and Reassure?
He demonstrated a badge with the Russian national emblem, highlighting that he is wearing it on his vest not to amuse the public but to demonstrate his true solidarity with the Russians and their leader.

"I have many friends in Russia," Turner emphasized.

The singer revealed that he would like to move to Belarus, if Belorussian President Alexander Lukashenko permits him to stay in the country. Turner admitted that, unfortunately, he does not feel comfortable in the United States any more. The musician noted that it is not the same country his father raised him in. According to the legendary vocalist, America has undergone a number of serious negative changes.

Crimea's Culture Minister Arina Novoselskaya told reporters that all of the tickets for Turner's concerts have been sold out.

Entrepreneurs Strive to Reform Crimean Tourism Ahead of Government