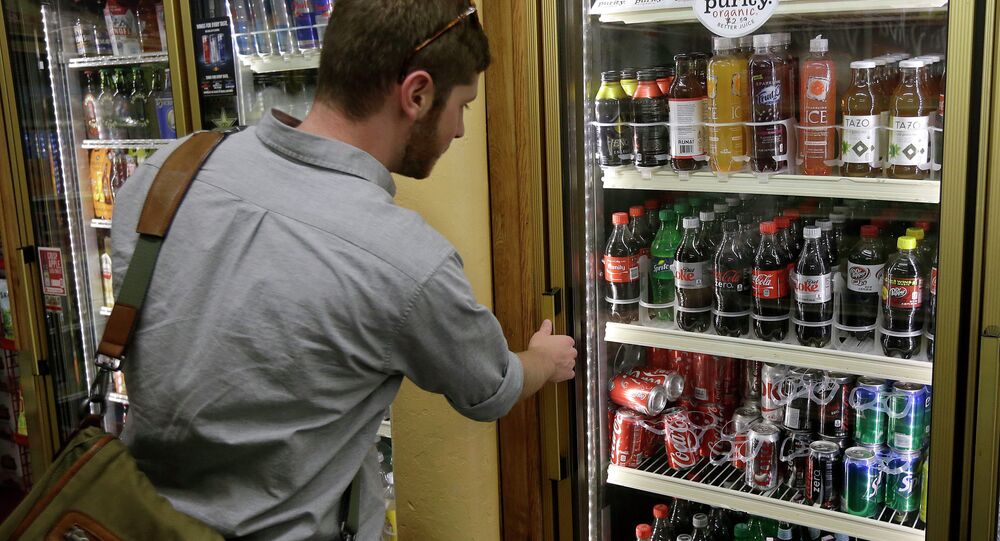 Drinking Soda’s Not Bad for You, According to Coke-Funded Research

If you want to maintain a healthy weight, all you need to do is to redouble your exercise efforts - there's no need to worry too much about the amount of calories. That’s according to research backed by the world’s most prolific purveyor of high-calorie soft drinks, Coca-Cola.

© Sputnik / Alexandr Kryazhev
Killer-Cola: Sugary Drinks Linked to 184,000 Deaths a Year
Last year Coca-Cola gave $1.5 million to launch the Global Energy Balance Network (GEBN) nonprofit group to push the idea that Americans spend too much time and energy worrying about what the put in their bodies, and not enough time and energy on exercise.  And it's not the first time Coke has supported the scientists at GEBN — the founders of the group have received $4 million from Coca-Cola since 2008, the New York Times reported.

In the video, Blair refuted that the group has anything to do with Coca-Cola. However, its website, which touts itself as "the voice of science," is registered to the Atlanta-based Headquarters of Coca-Cola, which is also listed as a site administrator. The group's president James O. Hill claims the site has been registered at Coca-Cola's domain because the group's members simply had no idea how to create a site.

Did you know that physical activity and #exercise can reduce your risk of some #cancers? #DrBlairSays pic.twitter.com/fmXjhUJqPC

"Coca-Cola's agenda here is very clear: Get these researchers to confuse the science and deflect attention from dietary intake," Marion Nestle, a professor of nutrition at New York University, told the New York Times. Other health experts agree that GEBN is a front group for Coke, aimed at distracting consumers from the link between sugary drinks and deadly health risks and to convince people that exercise will make up for an unhealthy diet.

Public health activists have repeatedly voiced concerns over Coca-Cola's marketing strategy, as recent  drops in sales have followed what one public health lawyer called  "a huge political and public backlash against soda."

For their part, Coca-Cola says it encourages researchers to "share their own views and scientific findings, regardless of the outcome," and insists that they to be "open about our funding."