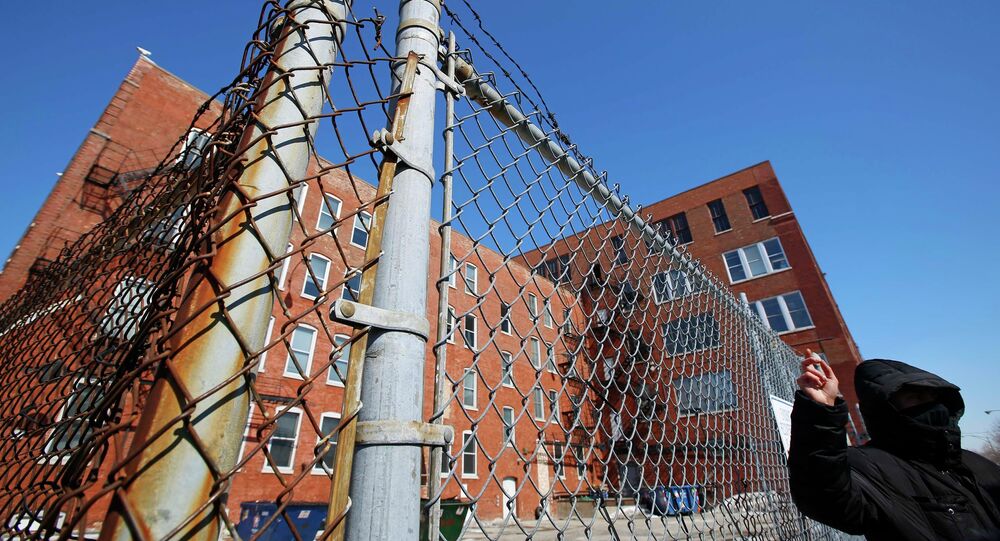 Over three thousand mostly Black Chicago residents were held by police in a warehouse which was reportedly exclusively used for the interrogation of arrestees under duress.

Most of the 3,500 arrestees detained in Chicago’s Homan Square facility over the past eleven years appear to have been African-Americans, the Guardian reported, revealing numbers obtained under the Freedom of Information Act.

© AP Photo / Julie Jacobson
Innocent Man Who Spent 17 Years in Jail Shot Dead in Chicago After Release
Blacks accounted for 82 percent of all arrestees, or 2,754. Despite the size of the African-American population in Chicago nearly equaling the white population (blacks and whites account for 33 and 32 percent of entire city population, respectively), the number of white people detained over the same period is only a little over a tenth of that figure, about three hundred people. Hispanics accounted for 6.7 percent of the detainees.

Some of the arrestees who were later released have claimed Homan Square was used for secret interrogations, the Guardian reported.

Moreover, the documents revealed that lawyers had only consulted detainees on three occasions in more than a decade. Two of those visits were made on the same day in 2013.

The attorney, Craig Futterman, noted that Chicago police don’t allow arrested people to meet lawyers at the times when they are most vulnerable — during interrogations.

The range of crimes committed by Homan Square detainees varied from driving violations to murders. However, the absolute majority of indictments against these inmates were filed for drug use. The most common charge was for heroin and cocaine use.

© REUTERS / Jim Young
Chicago Media ‘Embarrassed’ Over Failure to Investigate 'Black Site'
Lorenzo Davis, a former policeman, told the Guardian that the recently disclosed numbers are not surprising. There are lots of Africa-American gangs in the city, which are involved in drug trafficking. Although most of their clients are white, they are not usually arrested because cops are exclusively hunting the drug dealers, Davis pointed out.

The Guardian published another report about Homan Square earlier this year, which led to clashes between police and citizens and caused a wave of fury among advocacy groups.

So far, Homan Square is still being used as a detention facility. As many as 118 people have been placed there since February, the last was registered arrest happened in late June.