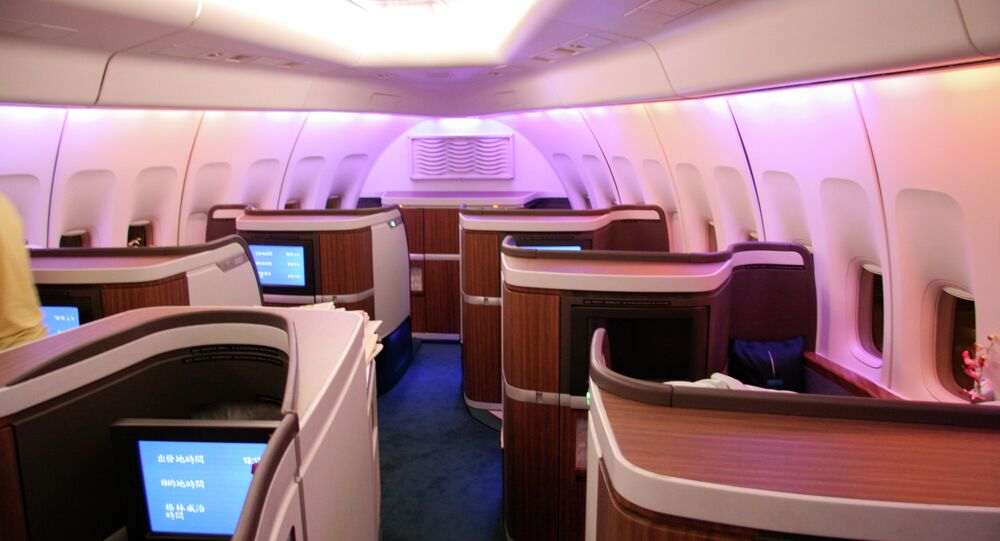 A citizen of Australia sued Etihad Airways Airline for injuries sustained during a flight, as he was compelled to sit next to a corpulent man.

© Flickr / paddy patterson
Fat in the Fire: European Obesity Congress Predicts 'Enormous' Epidemic
James Bassos, 38-year-old resident of Brisbane, filed a lawsuit against the Airline for receiving injuries during the 2010 flight. The main claimed $166,000 in damages for health harm and for treatment.

Bassos was seated beside an obese man, who “encroached into his seat,” on the flight from the United Arab Emirates to Sydney, which lasted for over 14 hours, on October 2010 flight.

To evade physical contact with the fat passenger, who was constantly spilling and coughing, the man had to crook his body. Approximately five hours later he felt backache and asked for a seat change.

Bassos’ request was denied at first, as there were not vacant seats in the airplane. But when the pain became unbearable, the man was permitted to move to the crew seat in the tail of the plane. However, Bassos was later asked to return to his initial seat two times.

According to lawsuit papers, the accident was described as “unusual or unexpected event external to the passenger.”

© Flickr / urbanmkr
Navajo Nation Seeks Tax on Junk Food to Fight Obesity
Etihad airline representatives claimed in response that sitting next to an overweight person on a crowded flight is common or at least expectable, according to the Courier Mail. They concluded that Barros’ case cannot be considered as an accident.

The airline expected to have the charges lifted this week, as medical examination results have been released. James Bassos will finally face a medical assessment by the end of this year.

Obese Chinese Soldiers to Face Risk of Not Being Promoted