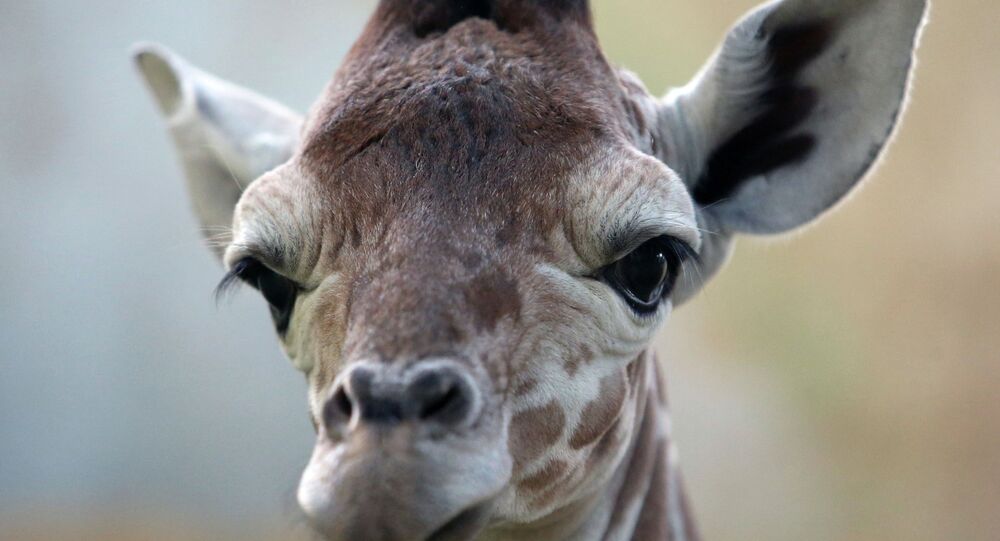 World’s Most Beloved Baby Giraffe Kills Herself in Dallas

Kipenzi, the famous and beloved giraffe calf whose birth was broadcasted on TV this spring, was killed by accident at the Dallas Zoo. The staff are reportedly “devastated,” “crushed” and “mourning.”

The giraffe calf died immediately after running into the perimeter edge of her habitat around 5:30 pm (10:30 pm GMT) Tuesday, a message on Dallas Zoo website says.

Preliminary examination showed three broken neck vertebrae. The accident took place during a routine shift of the giraffe herd into the night barn, when Kipenzi began, as usually, “to scamper about the feeding yard, as she has done since her public debut on May 1.”

“Running is a typical behavior for giraffes of all ages, especially young ones like Kipenzi,” said Harrison Edell, senior director of living collections of the zoo. “We’ve been very cautious with where we’ve allowed Kipenzi to roam, as we were with her siblings Kopano and Jamie when they were small. It’s heartbreaking that this happened where it did despite our precautions.”

“This is a huge loss for our giraffe herd, our staff and our guests,” said Gregg Hudson, president and CEO of the Dallas Zoo. “To be honest, it hurts terribly. We’re crushed, and everyone here is mourning. Please keep our staff in your thoughts.”

Kipenzi became famous worldwide after her birth broadcasted live on Animal Planet L!VE’s streaming website on Apl.tv on April 10, 2015. The show attracted almost 1.5 million viewers from all over the globe. After the show, hundreds of thousands people became Kipenzi’s fans.

The mother of Kipenzi, Katie, reportedly saw the dead body of her baby before Kipenzi was taken away. Kipenzi in Swahili means “loved one.” It was chosen during an open voting competition on the zoo website, receiving 50,000 votes.

“We’ve heard from many people around the world that say Katie and her baby are now a part of their family after witnessing this remarkable live birth on Animal Planet,” said Gregg Hudson. “We want those people to feel included in the calf’s name. We can’t wait to see which one is chosen.”

The Dallas Zoo stated in the latest message that it encourages visitors of the zoo and fans of Kipenzi to post photos and words of support to the staff of the zoo on its Facebook and Instagram pages in the baby giraffe’s memory.