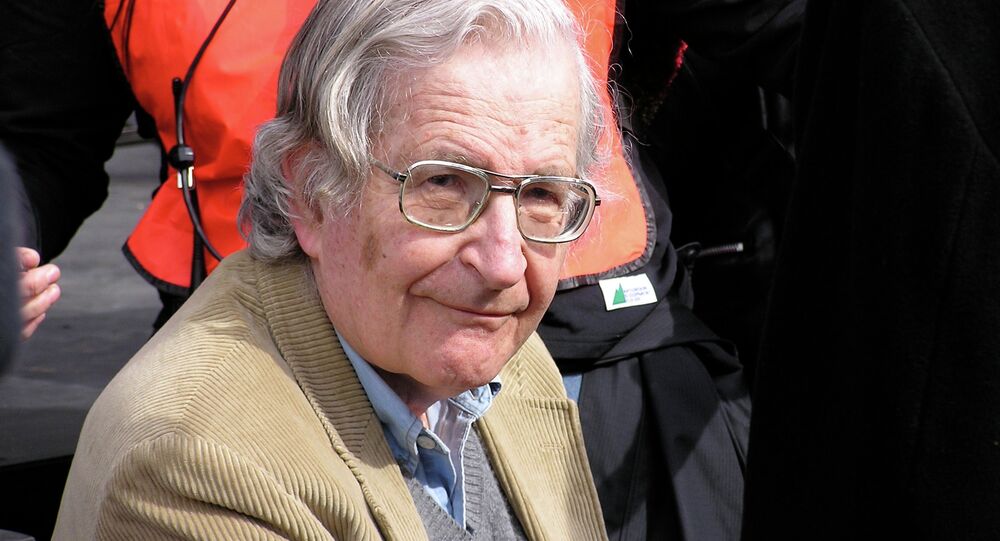 Sputnik had an exclusive interview with renowned scholar and social justice activist Professor Noam Chomsky, who spoke about current global trends in media.

That's the true agenda of media conglomerates, such as the New York Times and the Washington Post, which spend huge amounts of money on manipulating people's minds, the Professor told Sputnik.

When media and modern technology get into the hands of wrong people — private tyrannies or totalitarian states — it can become a dangerous tool for suppressing the masses and serving the interests of the few governing elites, Chomsky said.

© Flickr / Andrew Rusk
Noam Chomsky Calls “American Sniper” State Propaganda
Although modern media is constantly changing its shape and form with the influx of new sources and platforms, its basic analysis has stayed the same and, in fact, very little has changed since Chomsky published his book "Manufacturing Consent" in 1988.

In "Manufacturing Consent", Chomsky said that media organizations are essentially businesses, and thus, are driven by consumer demand. In the case of the news media agencies, the consumers are advertisers. Therefore, people, as media viewers, are nothing more than the product that is being sold to advertisers. This model still very much alive and well in this day and age.

"The product that is being presented to the market is readers (or viewers)," He explained, "So these are basically major corporations providing audiences to other businesses, and that significantly shapes the nature of the institution," Chomsky said in a different interview earlier this year.