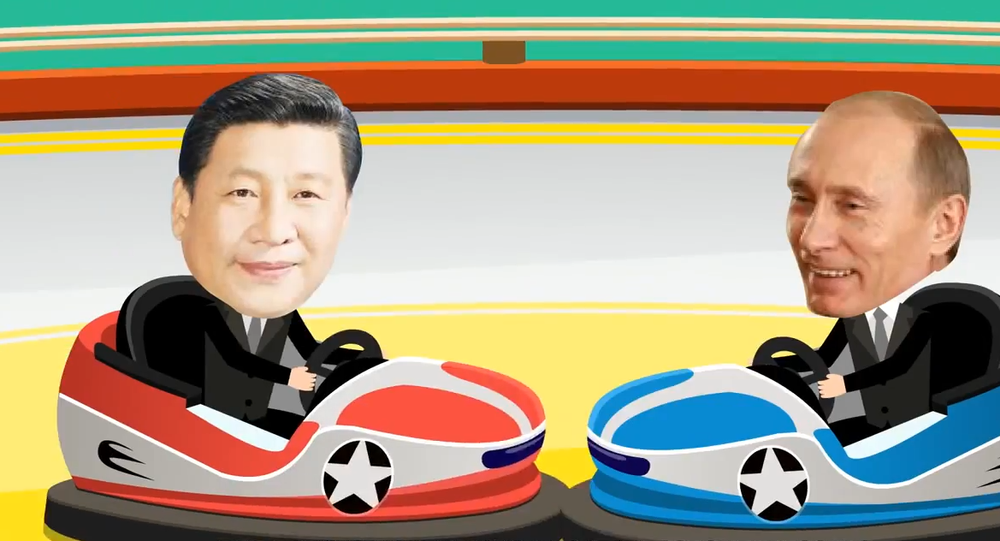 A cartoon styled as a press briefing on what the Shanghai Cooperation Organization (SCO) and BRICS are about and featuring leaders of both forums, including Xi Jinping and Vladimir Putin, has received over 1.3 million views since its release last Friday, according to the People's Daily newspaper.

Host photo agency
Putin: Russia and China Will Overcome All Odds Working Together
The animated short, titled "Going to SCO and BRICS Summits With Xi Jinping," was published ahead of the SCO and BRICS summits currently underway in the Russian city of Ufa.

The video shows a young woman aptly called Sco Brics answering questions from Chinese Internet users, who are eager to know why the two high-profile summits are held at the same time or whether they matter if not a single developed country is present.

Chinese viewers called the animated short "informative and warm," according to the newspaper. Have a look:

Among other things, the video shows smiling Russian and Chinese leaders walking side by side.

"China and Russia are close neighbors. It is always good for the two countries, for their region and even for the whole world if their leaders visit, meet, talk and open their hearts to each other quite often," the cartoon expert narrates.

The video also makes an indirect mention of the United States as someone who is "always treating the world as their own backyard, making themselves the head of the household, flexing their muscles on others' doorstep."

The SCO and BRICS nations are not like that, according to the animated short. The forums "both follow the principles of partnership and non-alliance, dialogue and no confrontation," the cartoon expert says.