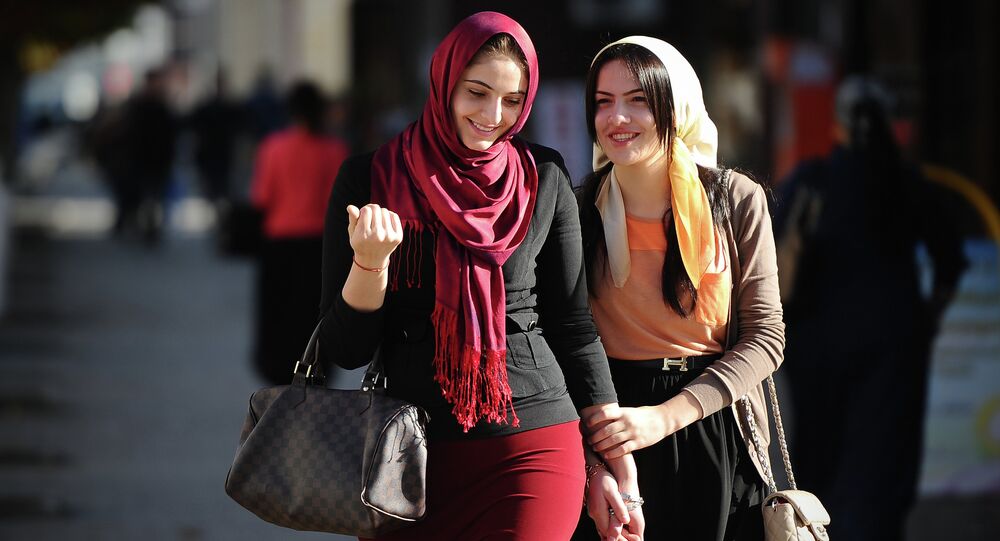 Moscow's Muslim students share their views on religion, interaction with classmates and in what cases it is necessary to wear a headscarf.

The Muslim girls who come to Moscow to study and live have shared their stories and opinions about how it is to be a young Muslim person in this day and age.

According to 18-year-old Latifa, who was born in Moscow but whose parents are Tatars, she enjoys living and studying in Moscow as she studies in a prestigious university majoring in Arabic Studies. Her background has helped her to excel in the subjects related to her program.

Regarding the terrorism that is spreading in the world at the hands of Islamic State militants, Latifa says, “I have never met anyone who tried to call me to join ISIL and me and my family know that these people joining the terrorists are lonely and are trying to fit in. They get familiarized with some ideology that is presented to them and they decide to join it.”

Farida, an 18-year-old girl from Dagestan, moved to Moscow just three years ago. She said at first people around her used to get surprised as to why she didn’t wear a hijab or cover her head, and she wears jeans and t-shirts.

“I don’t understand why people focus so much on the dressing of these terrorists. If a person commits murders in jeans we won’t start looking at people who wear jeans differently. It is not about the hijab.”

She goes on to tell that her parents, like majority of the people residing in Dagestan who come from educated families, tell her to focus on her studies and not get deeply involved in religion. She said that living in Dagestan girls cannot become fanatics because they are under parental guidance and radicalization happens when people move away from their loved ones and get involved with the wrong people.

“People who are sure about their religion and have a thorough knowledge of it will never follow the path of fanaticism. The biggest sin in Islam is suicide. People who become suicide bombers are those who have lost their path — religion is just their excuse.”

Farida stated that two years ago when Dagestan had threats from suicide bombers, people were afraid of women in hijab, who covered themselves in black clothes.

“If a bus was approaching a bus stop and people in the bus could see a woman covered in black outside, they would ask the driver not to stop because they were scared of suicide bombers.”

According to Ayesha, a medical student residing in Moscow, she feels shy wearing a scarf in university because she is afraid of the stereotypes that are now associated with Muslim girls who cover their heads.

She is number one in her class and she is traveling to China next week for her medical internship. But because of religious fanatics like Islamic State, she gets worried that people will think of her as a fanatic if she starts wearing a hijab.

“I believe if you are good at what you do people will respect you. My friends in Moscow know me and I feel safe here. But I want to get married so that I have someone to protect me when I decide to wear my scarf permanently. It is a part of our religion and it does not make one a fanatic. I will still pursue my career and achieve my goals.”

Ayesha lives with her mother and brother in Moscow and feels that her family is the most important thing. “For us family is top priority. People who join ISIL do not understand Islam and the values it preaches regarding loving fellow beings and family.”