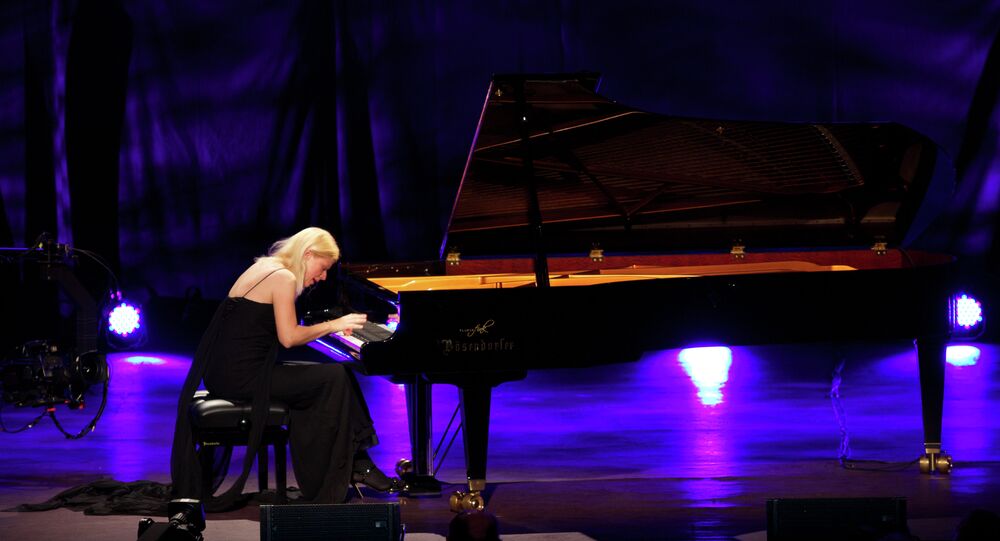 Valentina Lisitsa, the world-famous Ukrainian-born American classical pianist who has faced censure over her strong opposition to Kiev's war in Donbass, gave a concert Monday evening in Donetsk, dedicated to the 74th anniversary of the start of the Great Patriotic War.

The concert was held at Lenin Comsomol park in Donetsk.

Earlier, Lisitsa told Radio Sputnik that she was very happy to play at the open air concert, because she knows "how much interest and thirst for classical music and for music in general there is among Donbass residents, and I'm very excited to go there."