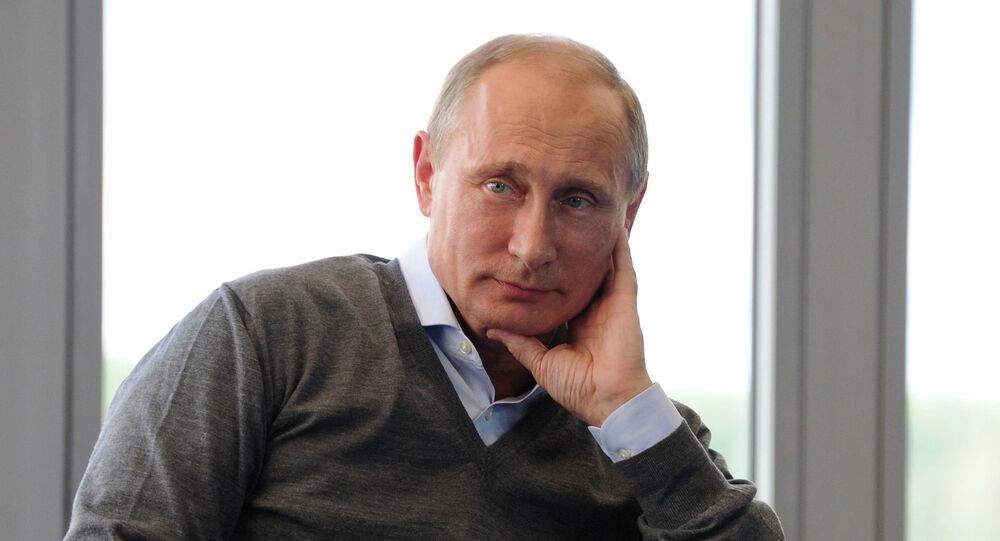 Russian President Vladimir Putin revealed details of his personal life during a meeting with international news agencies on the sidelines of the St. Petersburg forum.

The Russian leader said that he has friendly relations with his ex-wife Lyudmila, as well as with his daughters Maria and Ekaterina, according to Indian news agency IANS.

Vladimir Putin and his ex-spouse Lyudmila after almost 30 years of marriage announced their divorce in June 2013 attributing the outcome to the pressure created by constant public attention. They said that they want to remain close friends.

According to Vladimir and Lyudmila Putin, they separated some time prior to their divorce, however, maintained relations. The former first lady also said that she and her husband "practically don't see each other."

© Sputnik / Vladimir Astapkovich
Putin on Private Life: Everything Fine, Don’t Worry
Putin said that sometimes he doesn’t go to sleep until 2 a.m. because he is talking with his family members. In response to a question regarding his personal life, the Russian leader said: "I have plans for my future and I am fine."

During his last end of year news conference in December 2014, Putin assured those who were interested in his private life that he loves and is loved.

Moreover, in response to a question on a potential first lady, Putin said during his Q&A session in April that "first I need to find a match for my ex-wife Lyudmila, only then could I care for myself."

Putin Tells What it is Like to Be Him

Putin: Life Means Nothing Without Love