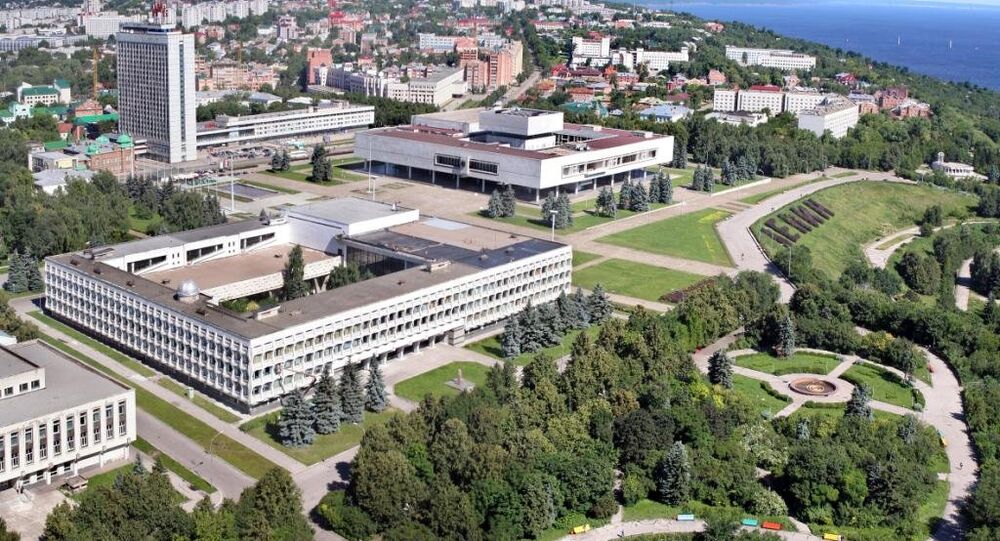 The Russian city of Ulyanovsk is at a crossroads as it debates its past and China seeks to develop it into the new center of a multi-billion-dollar ideological tourism industry.

The state tourism departments of Russia and China will hold a summit on June 28 to sign a memorandum on the development of "red tourism" zones in Russia's Ulyanovsk region, the birthplace of revolutionary and politician Vladimir Lenin, who was born Vladimir Ulyanov but adopted Lenin as a revolutionary moniker.

In China, ideologically-motivated "red tourism" is a multi-billion dollar industry which has been promoted by the state's official tourism body since 2004. The expansion of the concept to Russia could help Ulyanovsk, a town plagued by economic difficulties in Russia's recent history, find a new economic niche. However, Ulyanovsk itself is at a crossroads, as its current Soviet-era heritage is at odds with its pre-Soviet roots and the region's government and population continue to debate renaming the city.

The old city, Simbirsk, with it many churches, was largely torn down to make way for a Lenin memorial museum and complex documenting the revolutionary's life. Conservative residents and Russian Orthodox Church clergy seek to restore the old city's symbols, which could run counter to plans for a new tourist influx.

Although Muscovites are often less than enthusiastic about Lenin's mausoleum on Red Square, on any given morning hundreds line up to see the resting place of the Soviet Union's first leader. Many of them are visitors from Russia's provincial towns, but more and more are from China.

"In China, tens of millions of middle-aged and elderly people grew up on Soviet literature and movies. Each one of them hopes to come to Russia and see the Soviet legacy with their own eyes. For them, 'Red Tourism' is very interesting," then-Deputy Head of China's State Tourism Administration Zhu Shanzhong said in 2009.

As the 100-year anniversary of Russia's 1917 October Revolution looms, China plans on expanding the Red Tourism industry, both inside the country and in Russia. While Chinese tourists often visit Russia's capital, Moscow, and St. Petersburg, where the October Revolution began, the birthplace of the revolution's leader, Ulyanovsk, population 620,000, could also benefit from the new economic opportunity.

Today Ulyanovsk is mostly known for its automobile plant, which produced the legendary UAZ military jeeps that made their way around the world to the militaries of the Eastern Bloc and Soviet allies around the world. It is also considered the capital of Russia's aerospace industry for its civilian aircraft factories, which manufacture Sukhoi, Tupolev and Antonov bureau-designed planes.

After the collapse of the Soviet Union, the military cut back procurement and Russia's airlines began relying on aircraft leased from abroad, leading to cutbacks in both of the city's large enterprises. Between 1996 and 2011, the city's population fell by nearly 10 percent.

Ulyanovsk was already a tourist center in the Soviet Union because of Lenin's roots in the city and the city features considerable tourist infrastructure, including the Lenin Memorial Museum, a sprawling complex which contains the Pribylovskaya House where Lenin was born. The gigantic complex was completed in 1970, in time for the 100th anniversary of Lenin's birth.

The move could run counter to the Ulyanovsk regional governor's plans to rename the city to its pre-1924 name, Simbirsk.

"My opinion is this: The city can be renamed to Simbirsk and the region can remain Ulyanovsk region. It's the same as Leningrad region and Saint Petersburg," Governor Sergei Morozov told Russian media in May.

Two of the city's former mayors, Alexander Pinkov and Sergei Yermakov proposed renaming the city, but the majority of the population remained against the proposal in polls. Two city streets, Sovetskaya (Soviet) and Kommunisticheskaya (Communist) were renamed Saviour Street and Karamzin Street, after a famed Russian conservative author and historian.

Kremlin's Doors Open on to Red Square for Moscow's Tourists