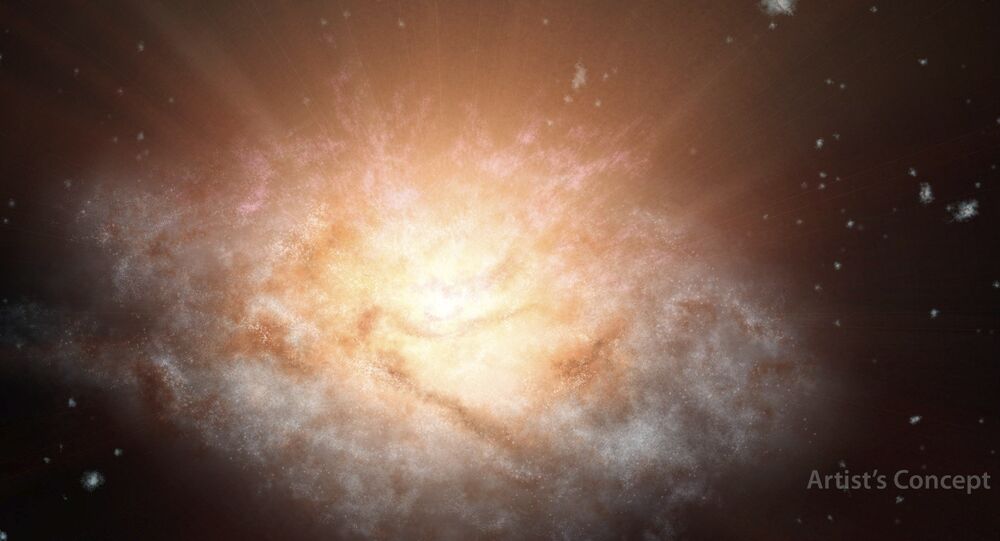 Brighter Than the Sun: Scientists Discover Most Luminous Galaxy Ever Seen

The brightest-ever galaxy has reportedly been discovered by scientists with the help of the Wide-field Infrared Survey Explorer, a NASA infrared-wavelength astronomical space telescope.

© Flickr / Hubble Heritage
Astronomers Reveal the Farthest Galaxy We Know About… So Far
NASA scientists said that they had detected the most luminous galaxy ever encountered in the Universe, after they studied data obtained with the help of the Wide-field Infrared Survey Explorer (WISE), according to a report published by the Astrophysical Journal.

Why had nobody spotted it before?  Not only is the galaxy extremely distant, but WISE is designed to detect astronomical objects that are in the infrared wavelength.

Researchers argue that the galaxy, which was named WISE J224607.57-052635, shines in the infrared wavelength with the equivalent light of 300 trillion suns.

The galaxy is part of a newly-defined class of what is known as extremely luminous infrared galaxies, detected by scientists with the help of the WISE telescope.

"We found in a related study with WISE that as many as half of the most luminous galaxies only show up well in infrared light," according to Chao-Wei Tsai, a scientist at NASA's Jet Propulsion Laboratory, who is also lead author of the study on the extra-bright galaxy.

Scientists did not rule out that a supermassive black hole at the center of the galaxy may be responsible for its eyebrow-raising luminosity.

© NASA . ESA, and the Hubble Heritage Team
Life Finds a Way: Astronomers Discover 'Dinosaur Eggs' in Nearby Galaxy
They explained that the black hole swallows the surrounding gas, emitting visible ultraviolet, and X-ray light. After that, dust clouds start absorbing that light, heat up and then emit infrared light.

Scientists also said that the galaxy is about 12.5 billion light-years away, something that they added will help us better understand the Universe's early history; the light which was detected from the newly-discovered galaxy left it long before our sun formed, approximately 4.567 billion years ago.