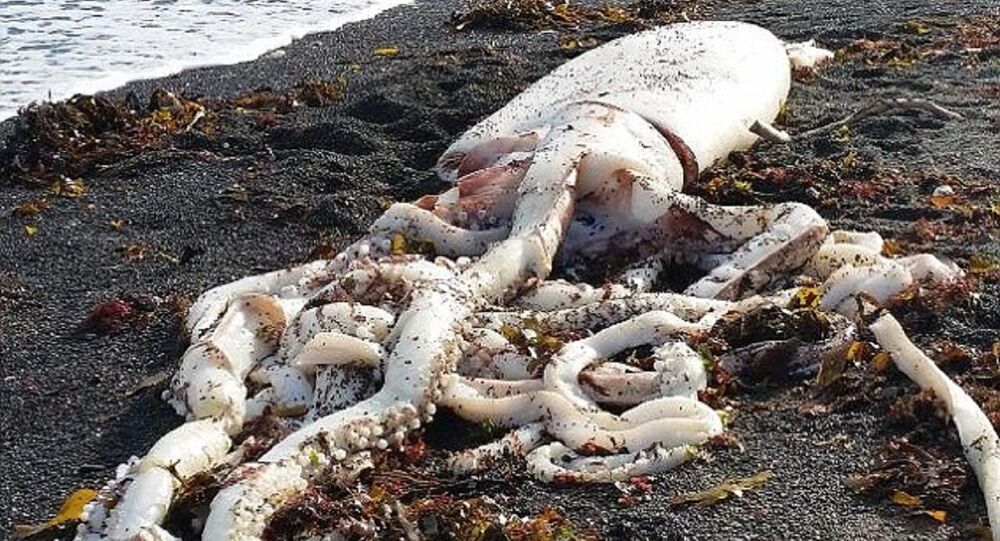 A giant squid measuring a whopping seven meters in length from top to tentacles has reportedly been found on a beach on New Zealand’s South Island.

© Flickr / Miroslav Zdrale
Squid-Inspired Stickers Could Make Soldiers Invisible in the Dark
Staff from the Kaikoura Marine Centre and Aquarium discovered a gigantic squid that washed up on a beach on New Zealand’s South Island on Thursday, the country's Marlborough Express‎ newspaper reports.

The arrival of the sea monster, which was spotted at Kaikoura town’s South Bay, caused an uproar among local marine enthusiasts, according to the newspaper.

Kaikoura Marine Centre and Aquarium said that the squid has a body over two meters long and eyes measuring 19 centimeters in diameter. The squid's longest tentacle is just over five meters long. It was not immediately clear what the deep sea creature's weight was.

The Centre said that they posted photos of the squid on Facebook and that they were able to move the deep sea creature from the beach "before the birds got to it".

"We got help to move it to the aquarium where it is safe inside a freezer with glass windows so you can see it…on display until we can do more with it", the Center added.

It was reported that the squid was detected by Bruce Bennett, who was walking his dog near the beach at 8.30am.

He said that he recalls a giant squid being found at sea, but that he had never seen similar squids washed ashore on the beach.