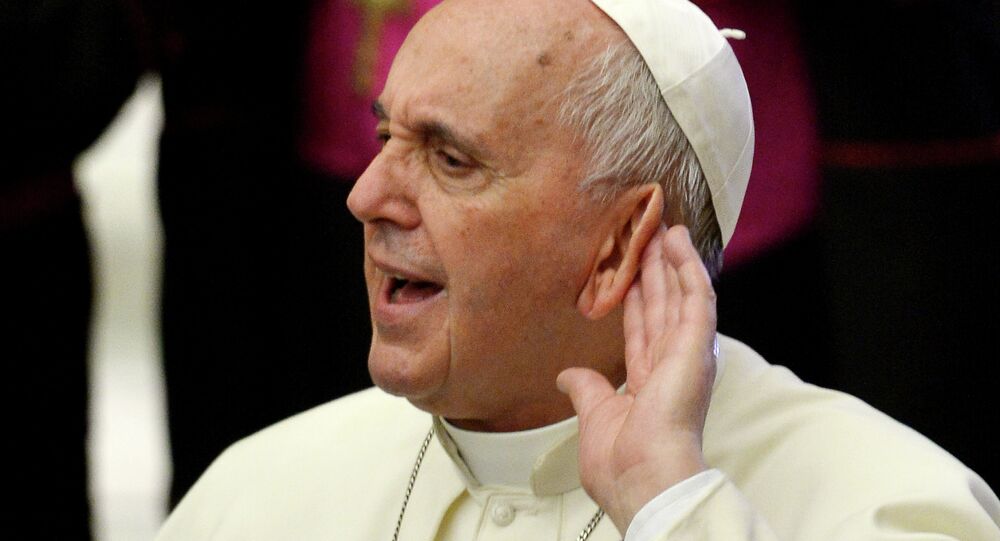 Never one to shy away from controversy, Pope Francis has tackled a number of hot-button issues. His advisers are no different. On Tuesday, one of his closest aides went after climate change denial, a phenomenon rooted in and fueled by capitalism.

On their surface, the political affiliations that go along with climate change denial don’t make a lot of sense. In American politics, at least, skepticism of global warming typically goes hand in hand with the far right. Denial persists, despite overwhelming evidence to the contrary, and conservative talk show hosts continue to support the idea that the vast majority of the world’s scientists are being paid off by leftist governments in need of a manufactured crisis.

Or something like that. Correct me if I’m wrong, Sean Hannity.

But this is the same end of the political spectrum that is also the most deeply religious. This forms a bizarre alliance in which the most vocally evangelical are also the least concerned with environmental issues. Presumably, those who fervently believe God created the Earth would also have the greatest interest in saving it.

This does not appear to be the case. But surely something must link these two diametrically opposed concepts. Cardinal Oscar Rodriguez Maradiaga, one of Pope Francis’ closest advisers, thinks the answer lies in another key tenet of the American right: capitalism.

“The ideology surrounding environmental issues is too tied to a capitalism that doesn’t want to stop ruining the environment because they don’t want to give up their profits,” Rodriguez said, according to the Boston Globe.

This comment was in reference to the opposition of the Pope’s planned encyclical on climate change by some groups in the United States. The release of this highly anticipated manifesto has been timed to coincide with a UN summit on climate change later this year, and a UN-sponsored agreement on Sustainable Development Goals.

The goal of Pope Francis’ encyclical is to encourage Catholics around the world to recognize and fight climate change.

Which is very bad news for the Rick Santorums of the world. While the encyclical hasn’t been released yet, it has already faced heavy criticism from American conservatives. The Heartland Institute, a think-tank controlled by Charles and David Koch, has already begun lobbying the Vatican with the message “there is no global warming crisis.”

These are the same Koch brothers who own Koch Industries, a major energy company which could suffer financial losses if stricter environmental legislation is passed.

“I have already heard criticism over the encyclical,” Rodrigues said, and called it “absurd” to so strongly reject a document that hasn’t even been seen yet.

A 2013 survey of thousands of peer-reviewed scientific papers found that 97.1% of scientists agree that climate change is real, and is being caused by human activity.

While some might argue that those in the 97% have been coerced by progressives, it seems significantly more likely that 3% have been bought by corporations.