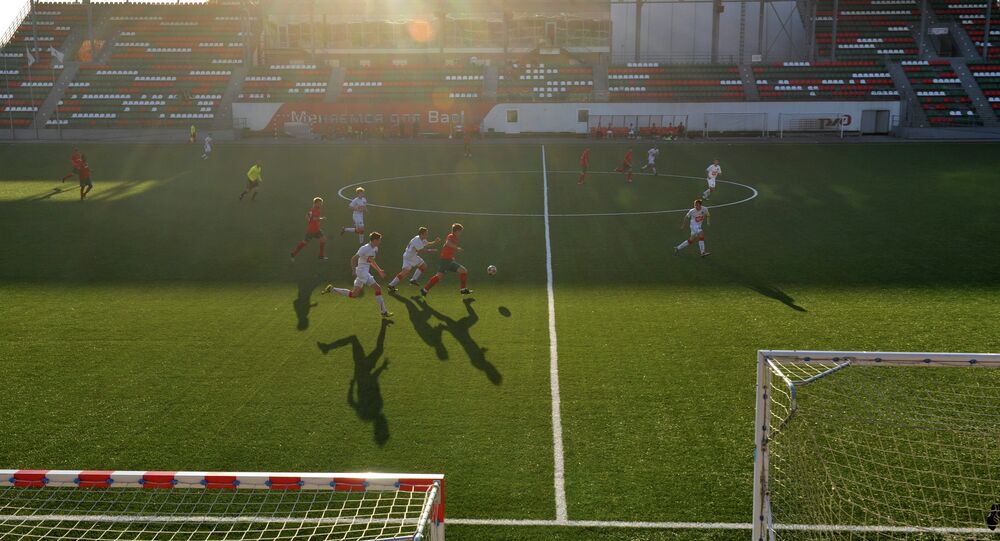 On the 25th of April the International Day of Football and Friendship is celebrated as part of the children’s social FOOTBALL FOR FRIENDSHIP programme, implemented by Gazprom Company.

Within the International Day of Football and Friendship a lot of friendly football matches are organised to remind boys and girls of the key values the FOOTBALL FOR FRIENDSHIP programme is supporting and promoting, namely friendship, equality, fairness, health, peace, devotion, victory and traditions.

All the events start with the exchange of Friendship bracelets, signifying tolerance, equality and a healthy lifestyle. The bracelet is made of two simple strings of green and blue colours where green symbolises football field, available for everyone, and blue – peaceful sky above our heads. As ambassadors of the FOOTBALL FOR FRIENDSHIP movement children present bracelets not only to the players of other teams but also to the invited guests.

Besides friendly matches, this day features other types of events. Thus in Serbia young football players spoke about the Day of Football and Friendship during a TV-show hosted by the popular anchorman Ivan Ivanovic. In Germany Schalke04 football club stars hold(remove s and the) open training for children.

French city Taverny traditionally hosts a number of games and events with participation of media and representatives of local authorities. In Russia the Friendship relay is carried out, namely football matches featuring young players of famous football clubs and torchbearers of the Olympic Torch Relay 2014 accompanied by online broadcast of a virtual baton pass to another city.

“While playing sports children learn communication, understanding, trust and tolerance. Once they realise how much friendship and respect matter on the field, they will truly value their friends and relatives in everyday life. That is exactly what the International Day of Football and Friendship, celebrated annually on April 25, aims to remind us about. This is a big sports holiday with a fundamental educational component. It unites hundreds of thousands of children from different countries around simple and clear values that can make this world a better place”, — said the global ambassador of the programme Franz Beckenbauer.

“I think the F4F project teaches us to be good, to respect each other and be devoted to what we do. Today my team did more than just playing football – we met like-minded fellows, those who think life is not possible without football, just like we do. We talked about all sort of things and spoke with other children about important values we believe in: friendship, fairness, traditions. This is a nice, good-hearted day. And I also like the Friendship bracelet. It is simple and it looks cool. All my friends have one”, — said the young participant from China Hezheng Wei (12 years old).

Mass Protest in Poland After Football Fan Was Killed by Police