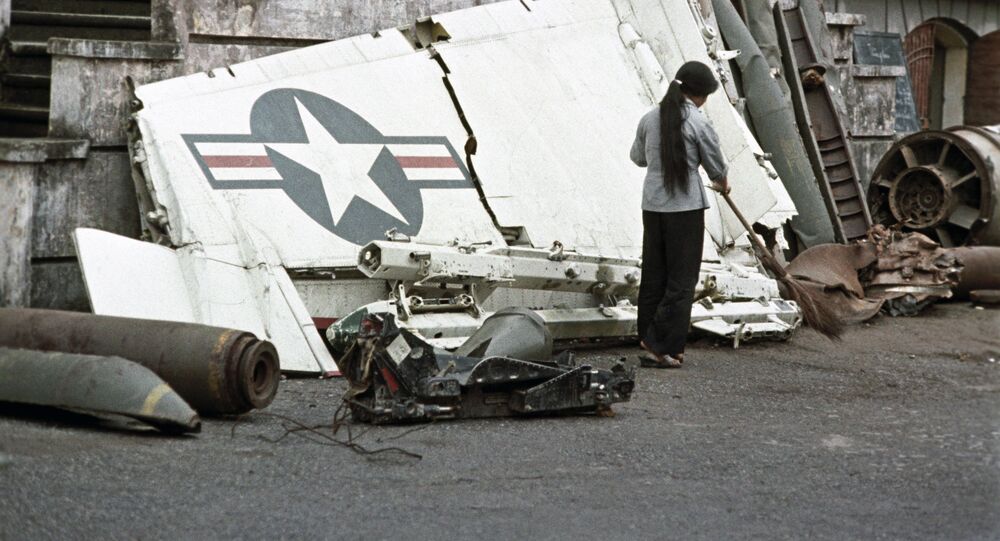 Vietnamese historians criticized a new Oscar-nominated film about the withdrawal of US forces from South Vietnam for historical inaccuracies.

As Vietnam celebrates 40 years since the end of what it calls the Resistance War Against America, a new US film called "Last Days in Vietnam" distorts history, according to a Vietnamese historian.

The television film, which has won an Emmy award and has been nominated for an Oscar, portrays American soldiers as they evacuate South Vietnam's soldiers and officers. The film focuses on the "rescue" of South Vietnamese people and does not show the devastating impact that the war had on Vietnam and its population.

The US-led war in Vietnam killed nearly four million people, of whom half were civilians and injured millions more. Another 11 million were left homeless.

The American use of Agent Orange, a defoliant laced with a poisonous dioxin called TCDD, caused millions of Vietnames to suffer illnesses. Many children suffered from birth defects as a result of their parents' exposure to Agent Orange. Up to one million people are still believed to be contaminated with Agent Orange.

According to a Ngo Dang Tri, a veteran of the war who fought for North Vietnam and is now the dean of the University of Hanoi, the film's portrayal of the North Vietnamese army is also inaccurate:

"What a fear the residents of South Vietnam's villages first met us with. They had it pounded into their heads that 'merciless communist murderers' are coming."

© Sputnik / RIA Novosti
Residents in Saigon at the military parade to mark the liberation of South Vietnam. May 15, 1975.

"But when the peasants saw their liberators, their opinion changed at once, and we, guys from North Vietnam, were greeted with an open heart," he added.

American landmines and unexploded bombs in Vietnam continued to kill even after the war ended. Up to 30 percent of the bombs dropped by the US failed to detonate. At least 105,000 civilians were killed by the unexploded ordnance since the war's end.

As much as 15 percent of the country's total surface is still believed to be contaminated with the mines. Vietnam's government continues to ask the US to apologize for its use of Agent Orange, although the US refuses.

"It has been 40 years, but dioxin victims still have children born with deformities, people are still blowing up on mines that American punitive forces put up against Vietnamese partisans. The dead land of Vietnam still does not bear fruit," Vu Quang Khien said.