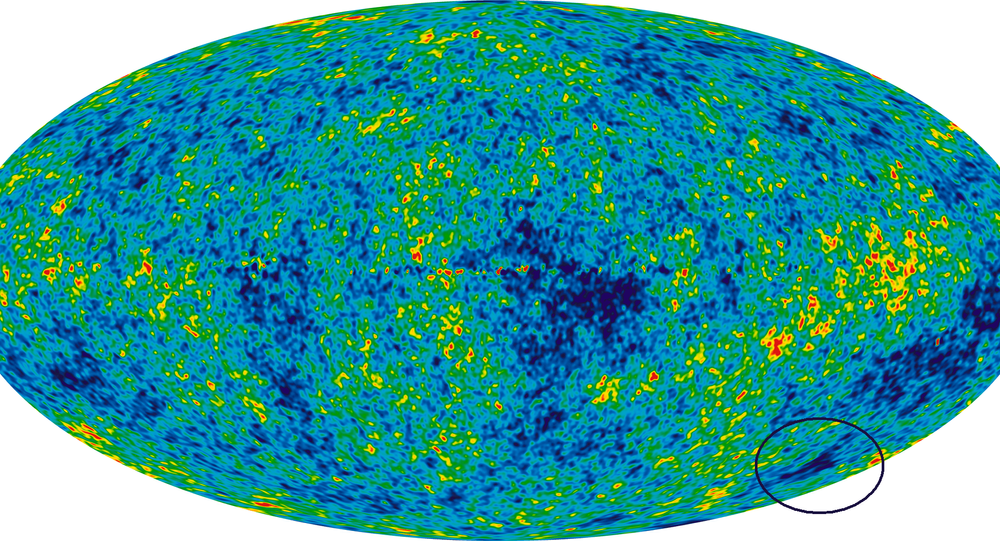 An international team of astronomers has found a supervoid, a vast empty section of space which is missing about 10,000 galaxies.

© Flickr / European Southern Observatory
Scientists Discover Monster Black Hole 12Bln Times Bigger Than the Sun
A mysterious "supervoid’, which is 1.8 billion light-years across, have been discovered by an international team of astronomers; the structure is thought to be the largest ever discovered in the Universe, news reports said.

The supervoid sits in an unusually cold area of the sky known as the Cold Spot, which was detected back in 2004 by scientists examining a map of the cosmic microwave background (CMB).

István Szapudi, of The University of Hawaii at Manoa, together with colleagues from the US, the UK, Hungary, Spain and Italy described the Cold Spot as "the largest individual structure ever identified by humanity."

"If the Cold Spot originated from the Big Bang itself, it could be a rare sign of exotic physics that the standard cosmology does not explain. If, however, it is caused by a foreground structure between Earth and the CMB, it would be a sign that there is an extremely rare large-scale structure in the mass distribution of the Universe," scientists said.

The supervoid was spotted with the help of Hawaii’s Pan-STARRS1 telescope located on Haleakala, Maui, and NASA's Wide Field Survey Explorer satellite.

The structure is located in the constellation Eridanus, about 3 billion light-years away from Earth.

Scientists remain at loggerheads over the origin of the supervoid  and why it is so empty.