Study Sheds Light on How Giant Extinct Reptiles Were Born

New research reveals that Mosasaurs, tremendous marine lizards that went extinct 65 million years ago, delivered their offspring in the open ocean, not on the coastline. 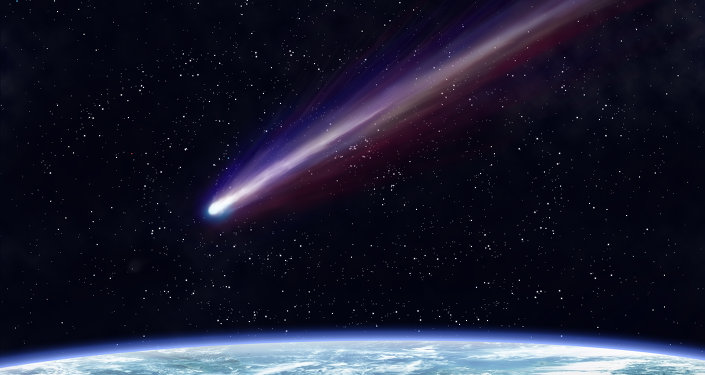 © Fotolia / Paul Fleet
Mystery Solved? Dark Matter Could Have Killed Dinosaurs and Much More
Mosasaurs, giant sea lizards that lived during the time of the dinosaurs and could grow to 50 feet long, gave birth to their young in the open ocean rather than on or near shorelines, according to a new study published in the journal Paleontology.

"Mosasaurs are among the best-studied groups of Mesozoic vertebrate animals, but evidence regarding how they were born and what baby mosasaur ecology was like has historically been elusive," Daniel Field, the lead author of the study and a doctoral candidate in Yale's Department of Geology and Geophysics, said.

The main focus of the research was placed on the youngest Mosasaur specimens that have been discovered, which are part of the extensive fossil collection of the Yale Peabody Museum of Natural History.

Field said that "these specimens were collected over 100 years ago," and that "they had previously been thought to belong to ancient marine birds."

He was echoed by Aaron LeBlanc, a doctoral candidate at the University of Toronto at Mississauga and a co-author of the study.

© East News / CDA
Russian Scientists Discover New 'Water Dinosaur' Remains in Ural Mountains
The two men concluded that the specimens showed a variety of jaw and teeth features that are only found in Mosasaurs.

"Contrary to classic theories, these findings suggest that Mosasaurs did not lay eggs on beaches and that newborn Mosasaurs likely did not live in sheltered near-shore nurseries," LeBlanc explained.

The first fossil remains of Mosasaurs were discovered at a limestone quarry in the Dutch city of Maastricht on the Meuse River in 1764.

“Christians Against Dinosaurs”: Parents Want Dino “Lies” Out of Schools