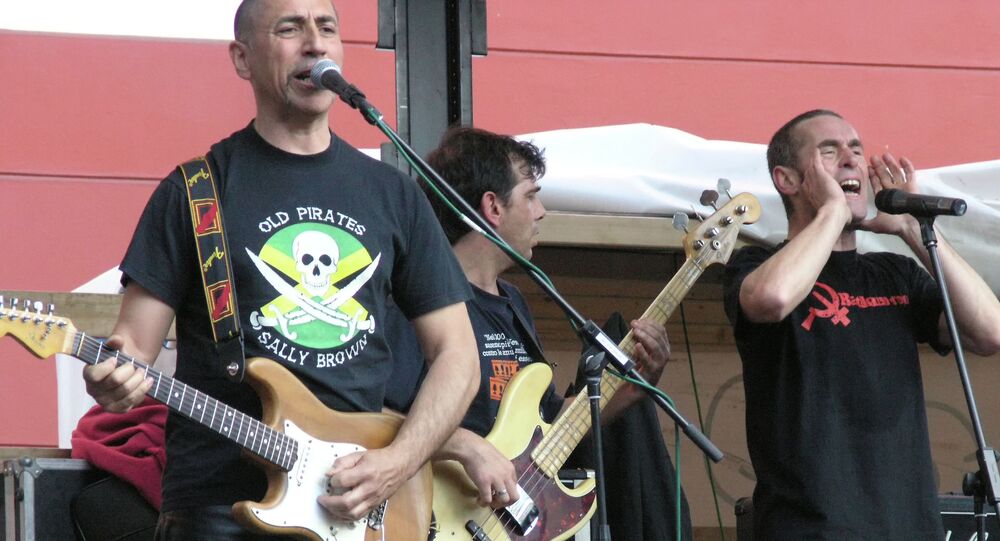 Banda Bassotti, an anti-fascist punk rock band from Italy, organized a concert in Madrid to gather money to help residents of the war-torn eastern Ukraine.

MADRID (Sputnik) — Italian ska-punk band Banda Bassotti held a concert in Madrid to gather money for an “anti-fascist convoy” to eastern Ukraine, one of the concert organizers said.

“This is a complete success, we have collected several thousand euros to finance the ‘anti-fascist convoy’ to help residents of eastern Ukraine,” Ruben Ruiz Ibarruri told RIA Novosti on Friday. All tickets to the concert were sold out in advance.

In May, the group is set to visit Ukraine’s eastern Donbas region, whose residents have suffered greatly from an armed conflict that began when Kiev launched a military operation against local independence supporters in April 2014.

https://www.youtube.com/rieseneinlaufgang
German Rappers Sing About Donbass, Sympathize With Independence Supporters
“We will bring humanitarian assistance and provide help in every way we can. We will stay there for six days. The residents of Donbas are victims of an unjust war,” Banda Bassotti’s manager David Cacchione said.

The convoy is expected to be joined by volunteers and activists from around the world. Banda Bassotti is also set to hold a concert in the Ukrainian city of Luhansk on May 9 in the framework of World War II Victory Day celebrations.

The group, founded in Rome in 1987, is outspokenly anti-fascist and has been vocal in its support for the people of eastern Ukraine.

Communists Call for Freeing Spaniards From Charges Over Fighting in Donbas