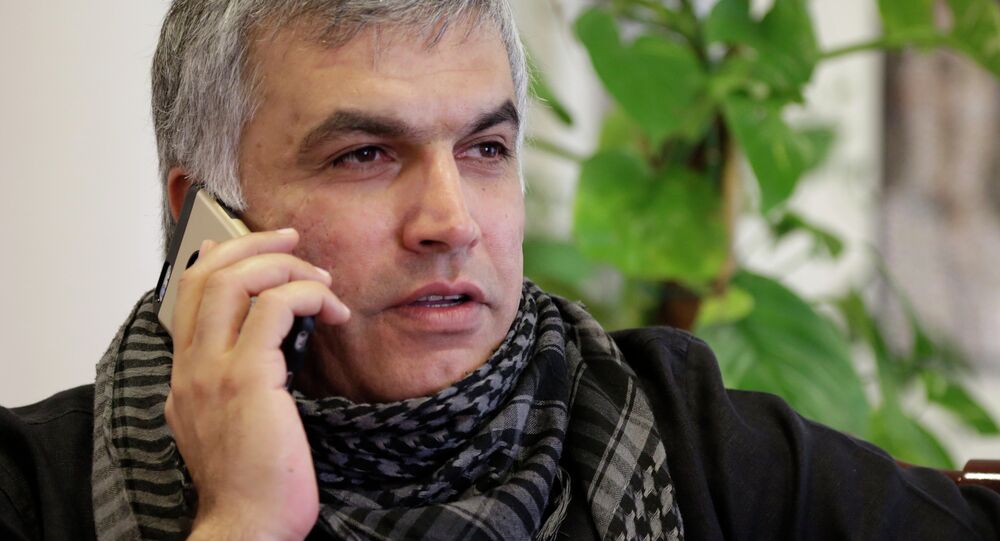 The US has called on Bahrain to release a prominent human rights activist arrested on April 2 for speaking up against the torture of political prisoners. The surprise move from Washington, accused of ignoring Bahrain’s history of human rights abuses, comes amid reports US and Bahraini officials are in talks to strengthen military cooperation.

"We certainly are deeply concerned about the arrest on April 2nd of Nabeel Rajab on new charges related to posting information on social media," State Department spokesperson Jeff Rathke told reporters on Thursday. "And so we’re actively monitoring this case."

"We urge the Government of Bahrain to drop these charges against Mr. Rajab and to release him immediately."

Rajab, who serves as president of the Bahrain Center for Human Rights and is known internationally for his peaceful human rights work, spent two years in prison — from 2012 to 2014 — for his activist activities, but the US government has never before pressed for his freedom.

The Gulf Kingdom of Bahrain has been the scene of clashes between protesters and security forces since early 2011, landing many activists in state prisons for speaking out against the regime. Several international organizations have since released reports highlighting the torture that these prisoners have faced and that they are held without trial, violating international human rights law.

Activists worldwide have campaigned for the US and its western allies to pressure the Bahraini government to abide by international human rights resolutions, and Washington has been accused of "consistently ignoring or downplaying Bahrain’s human rights violations." The US has also faced criticism for sending monitors to observe trials of human rights defenders, who were silent about the violations, an act interpreted as tacit approval.

So what has changed now? Why is the US suddenly interested in what happens to Nabeel Rajab?

On the day of Rajab’s arrest, Human Rights First in Washington released a statement calling Rajab’s arrest "another alarming setback to hopes for progress towards an inclusive settlement to the country’s political crisis."

"This is a brazen move to openly target a dissident leader at a time when the Bahraini government is pushing to have remaining US arms restrictions to the kingdom lifted and preparing to host a major Formula 1 race in two weeks. The regime has made clear that muted criticism from the US and elsewhere doesn't stop it from targeting its human rights leaders. Washington should impose consequences for these violations," said Human Rights First’s Brian Dooley. 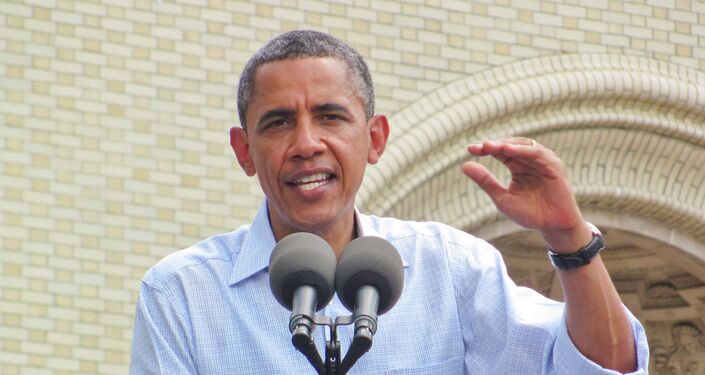 © Flickr / Anirudh Koul
President Obama recently told the New York Times that the real threat for Sunni Arab allies of the US, like Saudi Arabia, come from their internal political and socioeconomic stresses, rather than from Iran.

According to the State Department’s website, the US has provided military and defense technical assistance and training to Bahrain since the 1991 Gulf War. Military exercises are conducted on a regular basis to increase the BDF's readiness and improve coordination with the US and other GCC forces.

In January, 2011, New York-based Human Rights Watch issued its first report highlighting the human rights violations committed in Manama’s prisons, including torture and ill-treatment, "counterterrorism measures," suppression of freedom of expression and freedom of association, and others.

The report prompted the UK and France to revoke export licenses for weapons and security equipment that could be used to quash internal unrest in Bahrain after government forces shot dead several protesters.

Despite the European bans, the US transferred additional military aid to the BDF- to the tune of $1.4 billion since the year 2000, and $92 million since the start of Barack Obama’s presidency.

The US has continued providing the Bahraini regime with military equipment throughout its crackdown on popular protests, though these sales have been largely kept quiet. In the meantime, dozens have been killed and hundreds more detained while demanding political reforms and a constitutional monarchy.

But today, as the US and Iran, a regional major power and a supporter of the Bahraini popular opposition, reach an agreement on the framework of a nuclear deal, many speculate that the US has gained the upper hand in negotiations with Gulf states such as Saudi Arabia and Bahrain, as it is no longer under pressure to defend its presence against Tehran in the Gulf region.

President Obama recently told the New York Times that the real threat for Sunni Arab allies of the US, like Saudi Arabia, come from their internal political and socioeconomic stresses, rather than from Iran.

This statement amounts to something of a 180, as the US and its Arab allies have long pointed to Tehran as the biggest threat in the region.

US Must Respond to Bahrain’s Rights Defenders Harassment - HRF

UN Asks Bahrain for 'Clarification' on Charges Against Opposition Leader