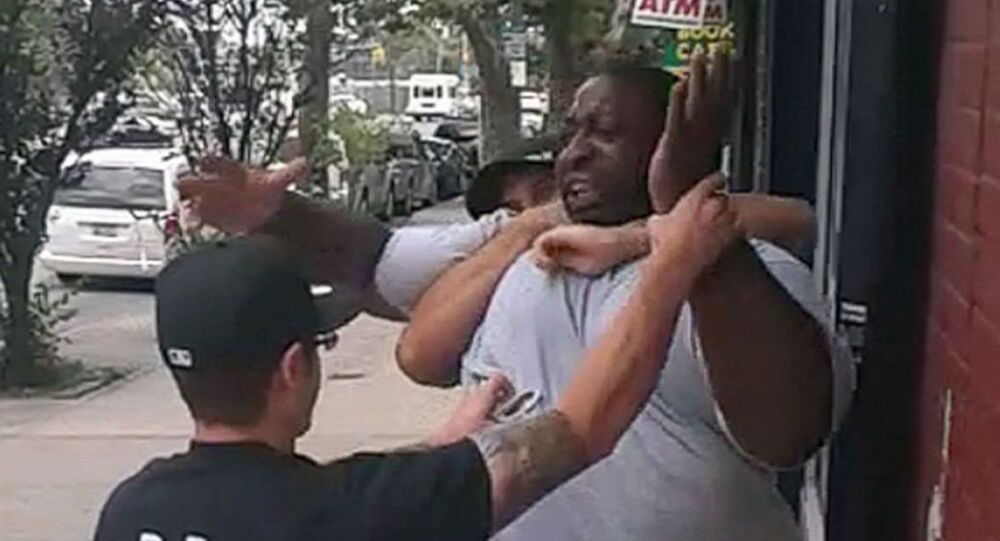 After efforts by activists raised his bail and more, the District Attorney for Staten Island refused to release Ramsey Orta from jail, demanding a hearing “to determine if the SOURCE of the bail money is permissible.” It comes amidst claims by Orta that he’s been victimized by police for filming Eric Garner chokehold death at the hands of the NYPD.

Orta, 23, has been locked up at Rikers Island jail complex in New York since Feb. 10, on allegations of his involvement in a drug ring on Staten Island. But he says he’s being harassed by local law enforcement, in response to his involvement in exposing NYPD Officer Daniel Pantaleo’s killing of Garner last July. His bail was initially set at $100,000, but his attorneys managed to lower it to $16,000 in the past month, a figure Ramsey was still unable to pay.

Facebook/Free Ramsey ORTA
“Thank you all for supporting me when NYPD has me down and pinned, thank you for helping my aunt in this movement, I will be home soon and my camera is going to be up in the air, and as long as I have all of you by my side I know I won’t be touched, Thanks!”

After refusing to eat food provided to him in jail out of fear that jail officials have tainted his meals with rat poison, a concern echoed by 19 other Rikers inmates who filed a lawsuit claiming they got sick from pellets found in their meatloaf in March, a crowdfunding campaign set up by Ramsey’s girlfriend raised over $41,000 (at time of publication) towards his bail and legal fees.

"Thank you all for supporting me when NYPD has me down and pinned, thank you for helping my aunt in this movement, I will be home soon and my camera is going to be up in the air, and as long as I have all of you by my side I know I won’t be touched, Thanks!" Ramsey stated in a message from prison thanking supporters.

"Ramsey is a hero for filming a crime and murder that the NYPD committed and now he is being targeted and punished," Ramsey’s aunt Lisa Mercado wrote in a post supporting her nephew on Facebook. "Like the government says: 'if you see something say something.' I now say if you see cops surrounding anyone, I mean anyone, take out your cell phone your camera and film, and bring it to the world because if we all stand together justice will prevail."

When Ramsey posted bond on Thursday, Staten Island District Attorney Dan Donovan, who is running for US Congress and is endorsed by the city’s police unions, demanded a new hearing to look into the source of the bail money, and whether or not it was permissible, even though most of the donors, activists from around the country, have provided their names, WPIX TV reported.

The DA’s office refused to provide comment to Sputnik regarding whether or not it was official policy to refuse bail money that had been crowdfunded.

Since there is no judge available on the weekend, the hearing will not take place until Monday.

Orta has been arrested twice since Garner’s death. He was initially arrested in August on a gun-related charge but was subsequently released. On Feb. 10, police arrested him, his mother, brother and five others, for selling drugs to an undercover cop.

He has had 24 previous arrests, including for rape, assault and robbery with a boxcutter, according to law enforcement.