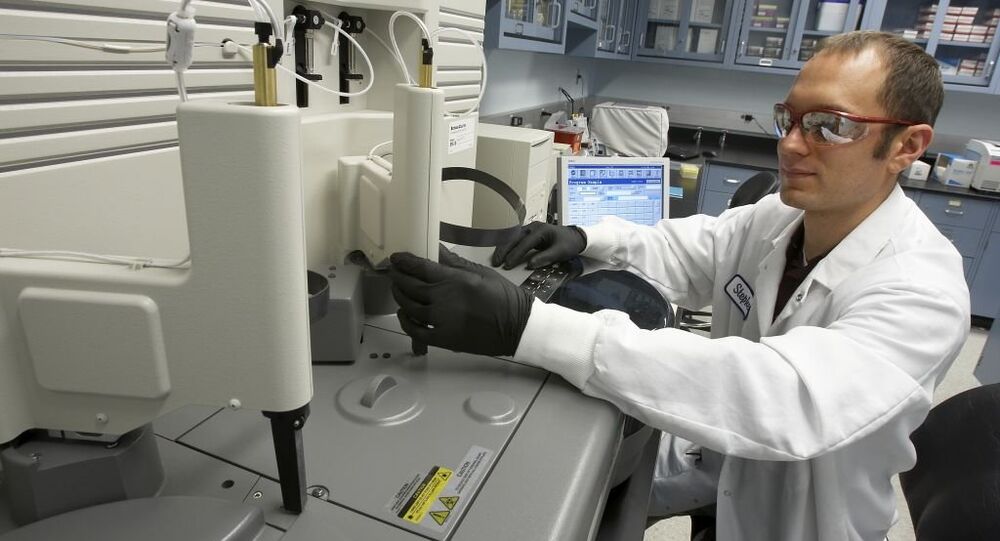 Scientists from Rockefeller University in New York and the University of Cologne in Germany have injected a cloned human antibody, 3BNC111, into 29 volunteers, 17 of whom were infected with HIV and 12 of whom were free of the virus.

The antibody, harvested from rare HIV-positive patients whose immune systems were able to attack multiple strains of the virus, was given in four different dosages. It allows the human immune system to naturally keep the disease under control.

Eight HIV-infected subjects received the highest dose, which researchers found to cut the amount of virus in their blood between eight and 250 times, a week after they received the treatment and for more than 28 days, according to research published Wednesday in the journal Nature.

Researchers found the early-phase trial to be a success, as the antibody proved safe for use in humans, whether infected or not.

"This represents potentially a new class of drugs with activity against HIV," study co-author Dr. Marina Caskey of Rockefeller University told AFP. "It is possible that 3BNC117 and antibodies like it will boost the patient’s own immune responses, leading to better control of their infection."

Others identified the medical breakthrough here to be the fact that the human body itself began to produce these exact antibodies.

"The common feature of these antibodies is that they're not your normal antibodies and they have various uncommon features," said Stuart Turville, expert in HIV immunology and transmission at the Kirby Institute in Sydney.

"[Researchers have] identified a very beautiful antibody that naturally exists and they've done a very beautiful study in the context of determining how much antibody you would need to give someone to see a protective effect."

The down side is, the treatment has to be continuous.

"It is temporal, you would need to keep on giving this to someone," Dr Turville said.

"But I think in the context of vaccines, if we can teach our bodies to make one of these that would be the really exciting thing."

Although HIV in treated patients can still mutate and get ahead of the new treatment, scientists are still hopeful the new approach could mean hope for some living with HIV.