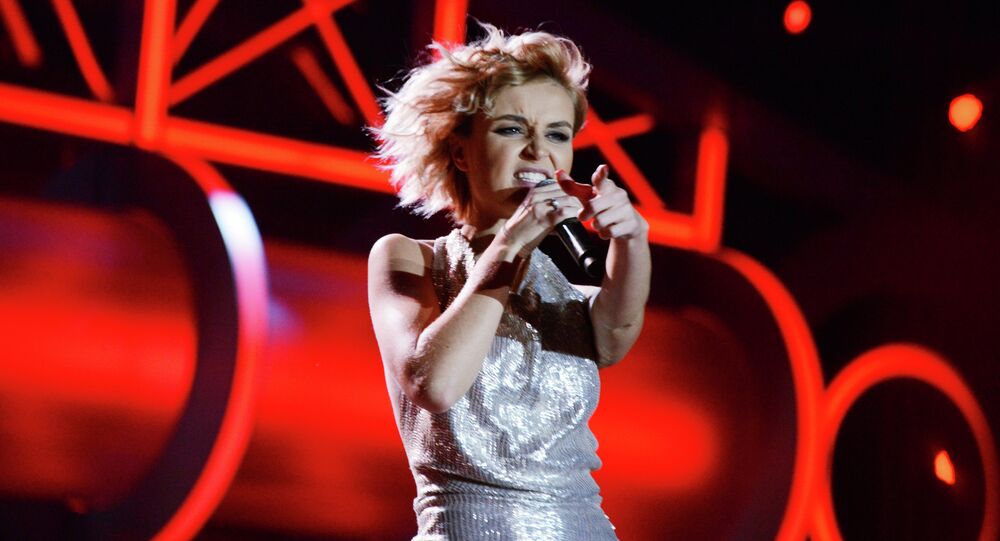 A singer, who will represent Russia in this year's Eurovision Song Contest in Vienna, Austria denied on Thursday any interest in current events and geopolitics.

MOSCOW (Sputnik) — Asked at a press conference on her views on the tense geopolitical situation in light of Crimea's reunification with Russia last year, Polina Gagarina said:

"I am absolutely apolitical, I do not understand a thing of this."

© Photo : Wikipedia
Polina Gagarina to Represent Russia at 2015 Eurovision Song Contest
Gagarina, whose candidacy was announced on March 11, is due to perform "A Million Voices," written by by a Swedish-German-Russian team of songwriters, at the contest's first semifinal, scheduled for May 19.

Eurovision's second semifinal is due to take place on May 21, followed by the final two days later in Vienna.

"It is a great honor and responsibility. I am very nervous, but very eager to be in this competition," Gagarina said, adding that she is confident about her chances.

Yuri Aksyuta, the musical director of Russia's official broadcaster of the song contest, Channel One, warned against mixing culture with politics:

"A song contest is a song contest, politics are politics, and there is no need to mix everything up."

Success at Eurovision has become a matter of national pride for millions across Europe since the annual song contest was first held in 1956.

In 2008, Russia's Dima Bilan won came away victorious with the song "Believe" and brought the competition to Moscow the following year.