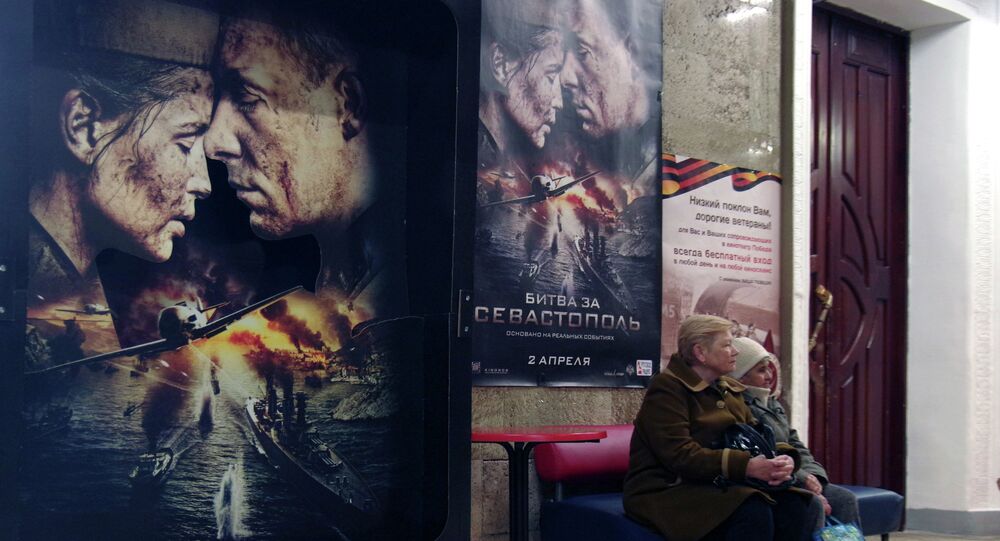 Filmed in Ukraine, directed by Ukrainian director Sergei Mokritskiy, and starring Russian actress Yulia Peresild, The Battle for Sevastopol focuses on 20 years of Pavlichenko's life story, including her wartime travails through Moldova, Odessa, and eventually, Sevastopol, where she participated in the bloody eight-month defense of the city from Axis invaders.

Mokritskiy noted that the film was his attempt to right the historical injustice of Soviet and post-Soviet cinematography's insufficient attention to women combatants in the Second World War, pointing out that over 800,000 Soviet women served in the armed forces during the war.

Russian film critic Mikhail Trofimenkov recently commented in business newspaper Kommersant that in his opinion, The Battle for Sevastopol is "the best local film about the Great Patriotic War in the last quarter century." In the critic's view, the film is devoid of the usual clichés used in post-Soviet war films; its creators limit the use of special effects, avoiding an "insincere pathos", or the stereotypes of the 'bloody KGB' and the 'good Germans.' Built around the Pavlichenko story and "brilliantly played" by Peresild, Trofimenkov notes that the film places "relations between the human being and war" above all else, and hence is "not so much a military patriotic film, as an anti-war patriotic film." The film has an 80 percent positive rating on popular Russian film site Kinopoisk.ru.

© Sputnik / Iliya Pitalev
No Show: Serbian Musician Effectively Banned From Ukraine Over Crimea Gig
The siege of Sevastopol, which took place on the Eastern Front between 1941 and 1942, is renowned among historians of the Second World War as one of the greatest examples of the Red Army's fierce and heroic resistance to the Nazi invasion. Holding out for over eight months over numerically and technically superior Axis forces, the city's defenders tied down much of the 11th German Army, preventing it from participating in the attack on Stalingrad in the summer of 1942.
...
Reddit
Google+
Blogger
Pinterest
StumbleUpon
Telegram
WhatsApp
122