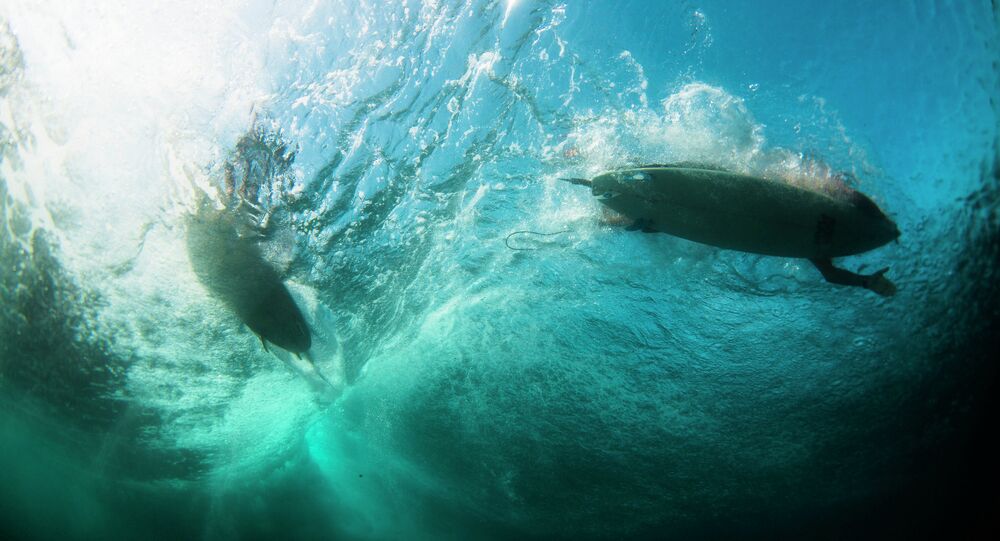 Researchers at Sydney’s Taronga Zoo have run a series of experiments testing a new theory of ‘mistaken identity’: they wanted to find out whether sharks mistake humans for seals when attacking them.

In an attempt to understand what sharks might see and hear underwater, the team of researchers from Sydney’s Taronga Zoo has turned to its inhabitants, the shark's natural prey, seals and sea lions.

The scientists recorded their swimming and splashing with underwater cameras and hydrophones. Then they compared them with that of humans: they jumped in the pools themselves and swam and paddled on surfboards backwards and forwards, recording the sounds made by humans.

The team was interested in learning about how seals, sea lions and humans move in the water, as well as the contrast between them and the surrounding environment, and the sounds they made.

This information is now being plugged into a software system that simulates how a shark might view the scenario, according to Sydney Morning Herald.

Researcher Nathan Hart, a neuroscientist at the University of Western Australia, said it did seem that seals and humans sounded similar under the water, but added that sharks had a different hearing system from that of humans; that information would be added to the simulation software.

© Photo : SEFTIA
Rare and Terrifying Shark Caught in Australia
"We know their visual system isn't as good as ours,” the newspaper quotes him as saying.

Sharks are color blind but they have very sensitive eyes, making them good at detecting objects in low contrast. They also have poor spatial acuity, which essentially means their vision is more blurred than humans.

"If you now imagine blurring those images, you can see how there'd be even more similarity between them because the details of the arms and the legs get hidden," Dr Hart said.

"You can see quite easily how that mistaken identity might come about," he added.

The research might be able to provide an answer to what specific shark repellents could be, such as making surfboards less attractive by using lights, for example. As data published in the Australian Shark Attack File has found most people are surfing when attacked by a shark.

© AFP 2021 / Peter PARKS
New South Wales Sees Second Shark Attack in Two Days
The researchers plan to test whether illuminating the underside of surfboards with lights reduces the risk of an attack in South Africa's Mossel Bay later this year.

"If we can come up with a directed solution for surfers in particular, hopefully we can make an impact," Dr. Hart said.

The study forms part of a broader project funded by the Western Australian government to assess shark attack deterrents.

Shark Takes Bite Out of Surfing Chef in Eastern Australia