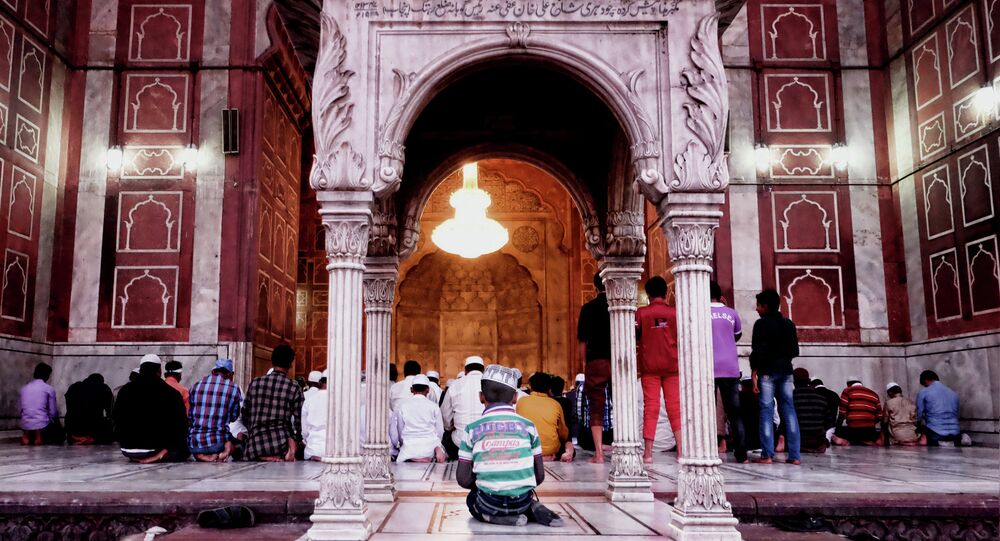 A recent study shows Islam, growing faster than any other faith across the globe, will boast a number of followers on par with Christianity by 2050 - and may overtake it by 2070.

Data from the Pew Research Center predicts a huge uptick in the number of followers of most major religions by 2050 — with Muslims seeing the biggest increase of all. In fact, Muslims alone are predicted to increase their numbers faster than the world’s population as a whole.

The study showed that in 2010 Christianity accounted for 32% of the world’s believers, with 2.2 billion Christians worldwide of the global population of 6.9 billion. Islam came in a close second with 1.6 billion followers, representing 23%.

THE PEW RESEARCH CENTER
According to the new study conducted by the Pew Research Center, the Muslim population will see a huge increase in the number of followers within the next several decades that will put followers on almost equal footing with the Christian population.

If the study's projected trends remain unchanged, the growth in the number of Muslims will bring Islam equal to Christianity in less than 30 years, and researchers say Islam should surpass Christianity in just over five decades.

The study shows that if fertility rates and youth populations continue to grow, Muslims could make up of 10% of Europe's total population by 2050.

THE PEW RESEARCH CENTER
An approximation of the distribution of religious faiths and their age groups.

The Pew researchers posited one reason behind their projections is that Muslims have the highest fertility rate worldwide, averaging 3.1 child per mother, versus the Christian average of 2.7 children. Muslims thus comprise a healthy chunk of the world’s total youth population (under 15) representing 34% versus Christians’ 27%.

Pew researchers posit that Muslims worldwide will see a dramatic increase of up to 73% by 2070, while Christians will see less than half of that with a 35% growth. In the US, the number of Christians is expected to decline, from about 78% of the population to around 66%, while across North America followers of Islam will see an increase.

The researchers predicted that the world’s total population will rise to about 9.3 billion by 2050.

THE PEW RESEARCH CENTER
The graph above shows the 2010 populations of various religious affiliations and their expected growths. Note how Islam has not only almost doubled in size, but is almost equal to Christianity.

The only region of the world expected to see a decline in its total population is Europe. Pew researchers expect that the European Christian population will decline to the tune of at least 100 million people in the next several decades. Though Christianity is still expected to be the largest religious affiliation on that continent, their percentage of the population is projected to fall.

Other statistics published in the study include numbers of atheists, agnostics, and those who do not have any religious affiliation. These groups are are on the rise in the US, where they’re expected to represent a quarter of the population by 2050, and France, they’re facing a decline in the world as a whole.