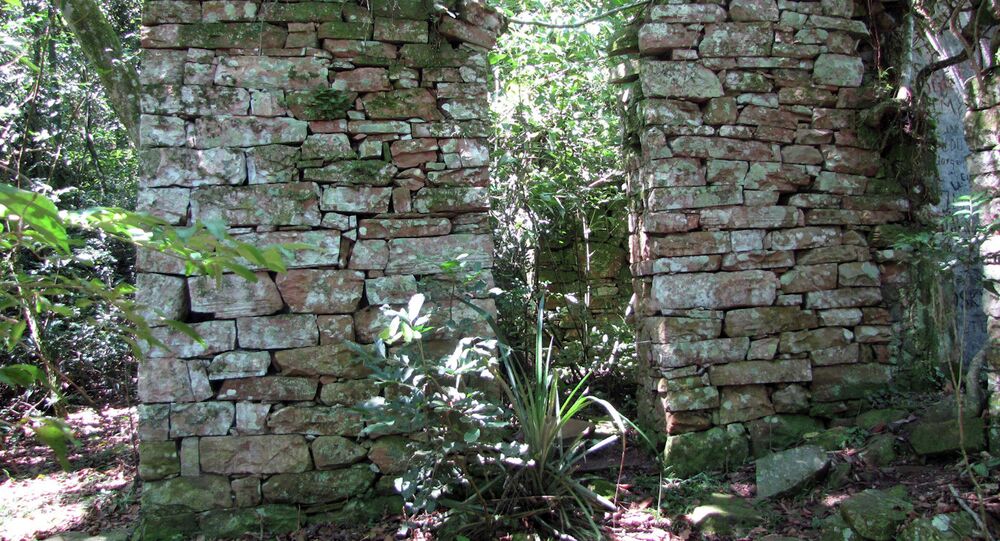 International media was abuzz with the news that mysterious ruins allegedly just discovered deep in the Argentinian jungle could have been the remains of a secret hideout built at a desolate location to harbor Nazi leaders after the Third Reich's defeat in World War II.

© AP Photo / Geert Vanden Wijngaert
Waterloo Uncovered: New Dig on Belgium Battle Site Promises New Discoveries
As it turned out, Daniel Schávelzon, the archaeologist beyond the exciting discovery, might have jumped to a conclusion all too quickly. By Monday evening, his level of confidence in what the ruins in the Teyú Cuaré national park actually were was significantly lower.

The evidence linking the overgrown ruins to Nazis has been circumstantial from the start. Schávelzon's team found several coins minted in the Third Reich between 1938 and 1941, as well as a porcelain plate manufactured in Germany in the area, where the three abandoned buildings are located.

The findings, as well as the choice of the location indicate that the buildings were built by the Germans, Schávelzon claimed over the weekend. Saying that the ruins could have been built as a secret Nazi hideout "was just speculation on my part," he later told the Guardian. "The press picked it up and magnified it," he added.

The alleged Nazi hideout is located in an area famous for ruins of Jesuit settlements dating back to the 17th century. It could have been built centuries ago. Although Schávelzon claims to have discovered the buildings just recently, they had probably been found decades ago, according to the newspaper.

What about the coins, then? Argentina's President Juan Perón allowed Nazis and fascists to live freely in the country following their defeat in World War II. An estimated 3 million people of German descent live in Argentina.