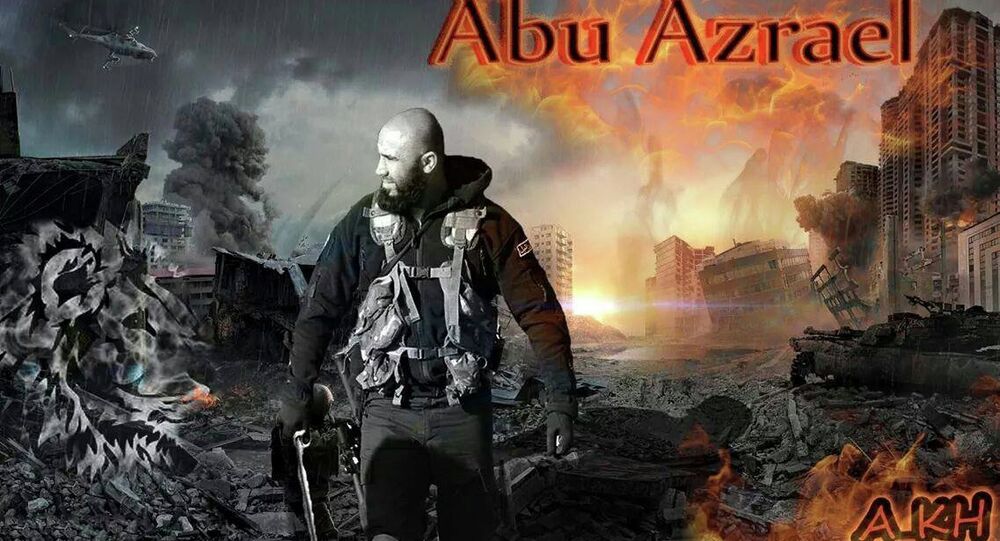 As Iraq's army and militias have gained ground in Tikrit, one man has captured the spotlight in the country's fight against ISIL.

Abu Azrael is a man ISIL is terrified of, referring to him simply as the "Angel of Death." His real name is Ayoub, he is in his forties and he is a (former) university lecturer with a Master's Degree in Physical Education.

Abu Azrael has five Facebook fan pages with thousands of followers, where he appears holding axes, waving swords, and abusing the corpses of ISIL fighters.

He appeared in many video recordings where he threatening ISIL terror organisation, and for so is believed a champion for many Iraqis and their salvation from ISIL terrorists.

Abu Azrael is now one of the people’s heroes in the liberation of Tikrit from ISIL.

On Friday, an Iraqi Shia record company released a cartoon in which an old woman asks Abu Azrael for flour, so he beats up an ISIL fighter until he is ground into flour.

Abu Azrael continues his fight against ISIL and is reportedly a member of the Imam Ali Brigade.