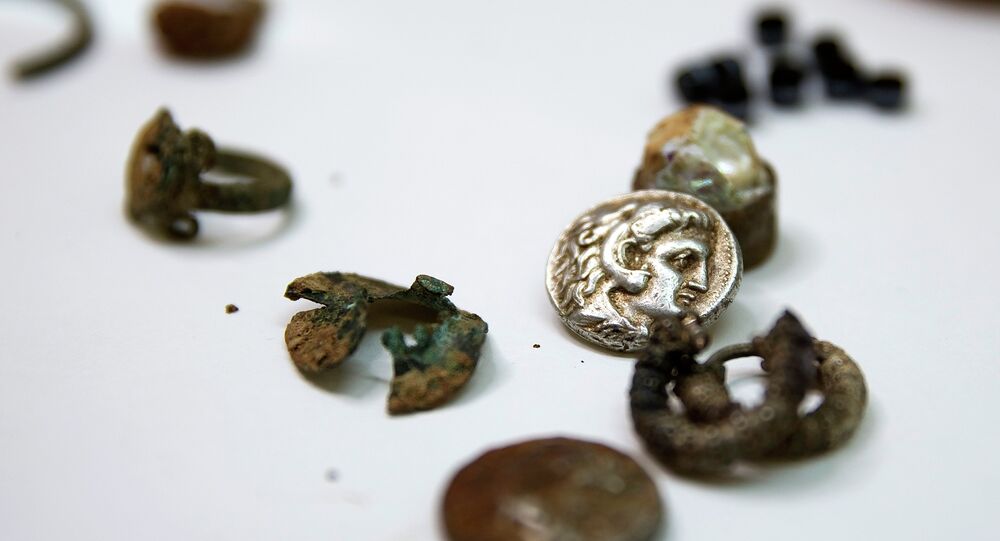 Cave Explorers Unearth 2,300yo Coins Dating Back to Alexander the Great

Explorers from the Israeli Caving Club found a unique treasure trove of silver coins, rings, bracelets and earrings, hidden in a secluded stalactite cave in Israel's Galilee region some 2,300 years ago.

The valuables, dating back to the era of Alexander the Great, were possibly hidden during the unrest that followed after the death of the Macedonian king.

© Flickr / mikeemesser
Archeologists Discover Tomb of Egyptian Queen Witnessing First Pyramids
Archaeologists also unearthed bronze items dating as far back as 5,000 years in the same cave over the weekend. Numerous pottery vessels, as well as agate gemstones and an oil lamp were found nearby.

Experts said that more discoveries are likely to follow since the area remains largely unexplored. The exact location of the cave has not been made public.

Last month divers discovered a chest filled with gold coins in excellent state of preservation off the coast near Tel Aviv. Experts assumed the 2,000 gold coins could have been transported on an official treasury boat to Egypt when the ship sank. According to another theory, the treasure belonged to a large merchant ship.

In both instances, the discoveries were made by civilians, who reported them to the IAA as soon as they found the valuables.