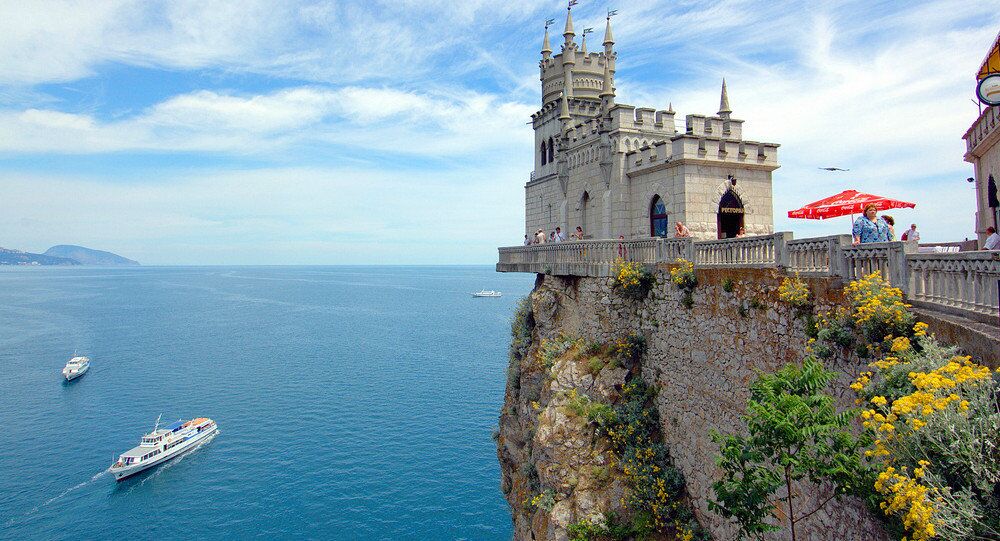 A group of Russophiles in Britain is organising a "social group" visit from Britain to Crimea, featuring a jeep safari, wine-tasting and horse riding, in an attempt to circumvent the trade and travel ban to the Black Sea peninsula.

Since the imposition of western sanctions on Russia over the crisis in Ukraine, trade and travel links with Crimea have been largely suspended.  The European Union has ruled that tour operators will no longer be permitted to offer tourism services in Crimea or Sevastopol.

Despite this, however, a group of people in the UK is putting together an itinerary for a "social group" to go for a ten-day wine tasting, culture and history trip to Crimea in April. Its Facebook page and website explicitly says the trip is not part of any officially organised tour group and cannot therefore be considered to be "trade".

"Please note, this group is not associated with any tours or travel company. It is a social, community group set-up to bring together like minded people to plan trips together. The job of the trip host is to be the catalyst for organising and planning the trip, and he is not responsible for the experience or safety of each person," the website says.

Sputnik contacted the people behind the "social group", who did not wish to be identified as the 'organiser'.

A spokesperson told us:

"It's illegal for tourist businesses to promote tourism to Crimea. We are not an agency, we are just ordinary people, a social group that wants to visit places. This time it is to Crimea. It's nice to visit, they have famous Crimean wine, and wonderful museums."

The spokesperson said the purely social visit did not break western sanctions. She said: "I believe the danger would be if I was a business, if I make money. I am not a business, I am an ordinary person like everybody else."

Members of the "social group" will need to apply for a Russian visa, which will cost £122 and will take 6-8 days to process. As there are no direct flights from the West to Crimea, travellers will fly from London Gatwick to Moscow and then take a connecting flight to Simferopol.

The tour will also include a visit to Vorontsov Palace, one of the oldest and largest palaces in Crimea, which was built for Count Michael Vorontsov in 1846 and took 23 years to construct. Its architect was Edward Blore, who also designed parts of Buckingham Palace, St. James Palace and many other important buildings in England and Scotland.

The spokeswoman told Sputnik the trip is already being joined by British people who enjoy travelling across the world, but stressed, this is not a holiday company venture and no profits are being made, apart from the hotels in Crimea where they are staying.