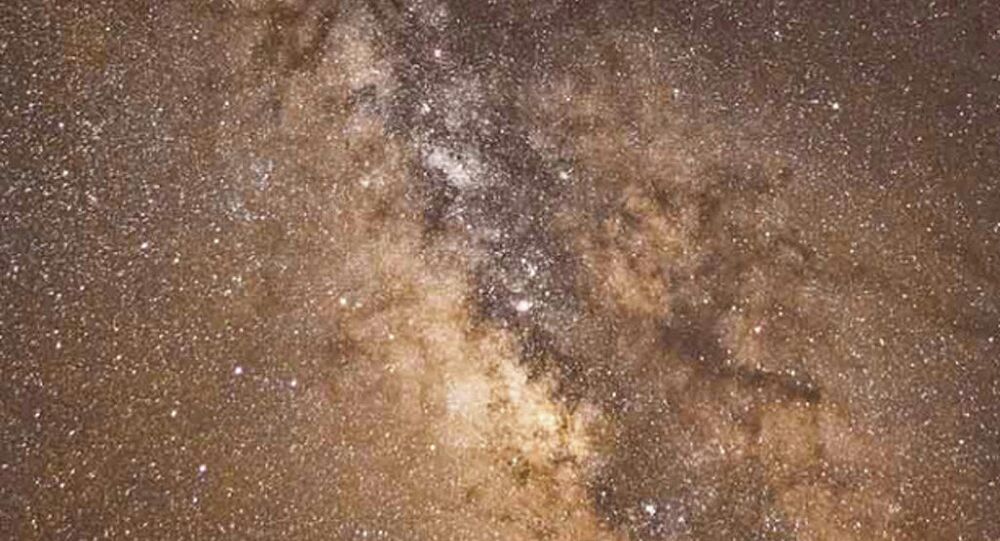 Astronomers in Brazil discovered a constellation of newborn stars at the edge of the Milky Way, according to a press release from the Royal Astronomical Society.

© Flickr / NASA Goddard Space Flight Center
Dramatic Space Collision: Merger of Two Galaxies Caught by Hubble
Denilso Camargo and his colleagues of the Federal University of Rio Grande do Sul in Porto Alegre, Brazil used data from NASA's orbiting Wide-Field Infrared Survey Explorer (WISE) observatory and found Giant molecular clouds (GMCs) thousands of light-years above and below the galactic disc. Stars are typically born in these clusters due to the grouping of gas in the GMCs.

Camargo 438 and 439, the new clusters, are part of molecular cloud HRK 81.4-77.8, believed to be 2-million-years-old and is located around 16,000 light-years underneath the galactic disk, quite distant for star formation.

In a press release Camargo said that the discovery shows that the space around the galaxy is a lot less empty than it was assumed.

Camargo said that the new clusters of stars are truly exotic. He said that in a few million years, citizens of planets around the stars will have a majestic view of the outside of the Milky Way, something no human being will probably ever experience.