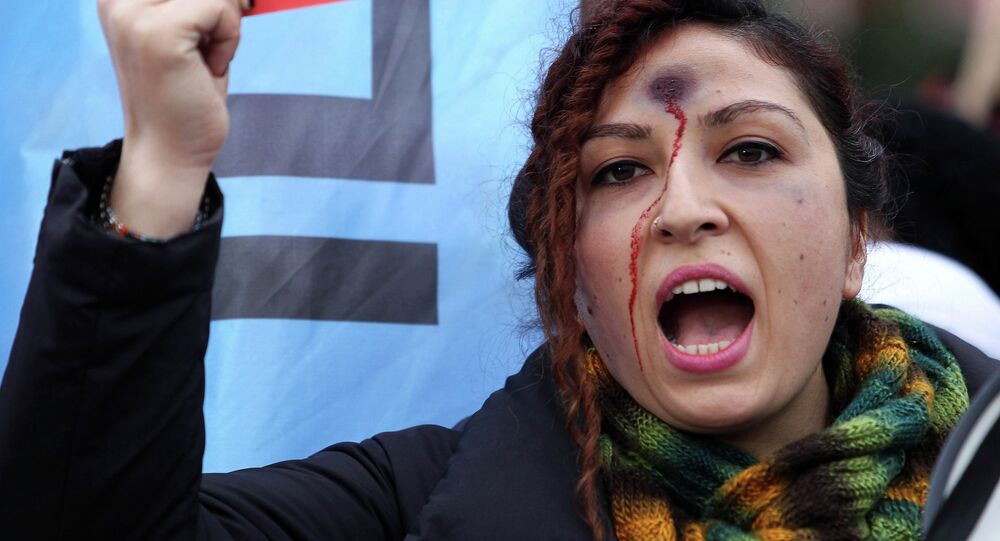 An attorney in Turkey has caused widespread outrage after suggesting single men should be given a government pension to pay for sex with prostitutes.

Yazuv Balkan put forward the plans to pay single men a ‘sexual necessity credit' of 75 Turkish lira (£19) per week as part of an attempt to curb the levels of rape and violence against women in Turkey.

“@aslitunc: Picture of the Day: Politics is a man's world in Turkey: pic.twitter.com/OYlmCKkz11” This is what "Gender Gap" looks like…

Balkan's bizarre suggestion has drawn the ire of many female activists and members of the general public alike after he said that male aggression was a result of sexual frustration, and providing money to single men to have sex with prostitutes would alleviate the risk of further abuse to women.

He was quoted in the local Turkish media saying: "If men can meet their sexual needs, I am confident that 99% of female murders will be eliminated."

Increase in Violence Against Women

The heavily criticised proposals come amid serious debate in Turkey about what can be done to stem the high rates of murder, violent and sexual assaults committed against women.

Watching womens protests in Turkey. Why has violence against women gone up there in last decade?

The Turkish government has set up a parliamentary commission to investigate violence against women, which statistics have shown has skyrocketed dramatically in recent years.

Official government figures revealed that there had been a 1,400 per cent increase in the number of murdered women in Turkey between 2003 and 2010, however many human rights activists have stated that many of the crimes committed against women weren't previously reported as murders, which may be a reason behind the dramatic increase in statistics.

15,000 protest violence against women after the body of a 20-year-old is found in Turkey http://t.co/g0Nwsfhede pic.twitter.com/lgu5ovNc4F

Some researchers have also cited historical factors as a reason behind the gulf between the rights for men and women, despite women being granted legal equality in many areas.

The Concept of ‘Honour'

The concept of ‘honour' in Turkish culture has been blamed as a major factor contributing to domestic violence against women, with many people not willing to intervene if they see a women being abused by a partner.

There is a grey area in Turkish society surrounding the debate of whether a woman can be abused for bringing dishonour to her family or community, and how severe the punishment should be.

In May last year, a woman was beaten to death in broad daylight in Turkey's Mulga province, in an example of honour-based violence.

One of the female witnesses to the crime told media organisation Al-Monitor:

"We do not want to be involved in a private family matter. It is between a man and a woman. A woman is like a fig tree. If a branch is infested with worms, you must cut the tree or your entire orchard will be lost."

These attitudes, along with suggestions of introducing a ‘prostitute pension' have raised many questions about the value given to women in Turkish society and sparked debate about if and when these trends will change.

In order to combat the ongoing effects of honour-based violence, a refuge for Middle Eastern and North African women at risk of honour-based abuse is set to be opened in London, to provide support and assistance to those affected.