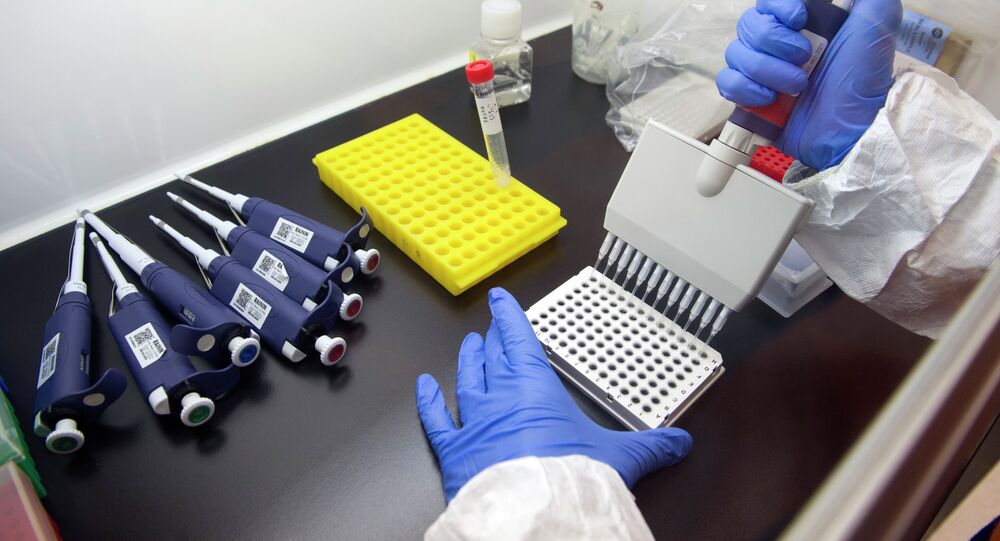 © AFP 2020 / PASCAL GUYOT
The Economics Of Obama’s West Africa Ebola Policy
MOSCOW (Sputnik) – Russia alongside with other countries has been actively developing a vaccine against the deadly virus that has raged across Africa and already killed thousands.

“The vaccine that we started developing before the Ebola outbreak is being tested on primates. The other [three vaccines] are passing pre-clinical trials, they are to be tested on primates within a month,” Skvortsova said, adding that Russian vaccines were developed faster than scheduled.

Two of the four Ebola vaccines developed in Russia are based on European and US expertise, while another two were created using Russian technologies, the minister said.

Russia is part of an international effort to combat Ebola outbreak. The country has been sending medical experts to the affected West African countries, as well as donating funds and humanitarian aid.

The current Ebola outbreak began in southern Guinea in late 2013, quickly spreading across West Africa. It triggered fears around the globe that the virus could make it to other continents, with several cases of Ebola contraction reported in Europe and the United States.

According to the World Health Organization, the deadly Ebola virus disease has killed over 9,000 people. The number of confirmed cases has exceeded 22,525.