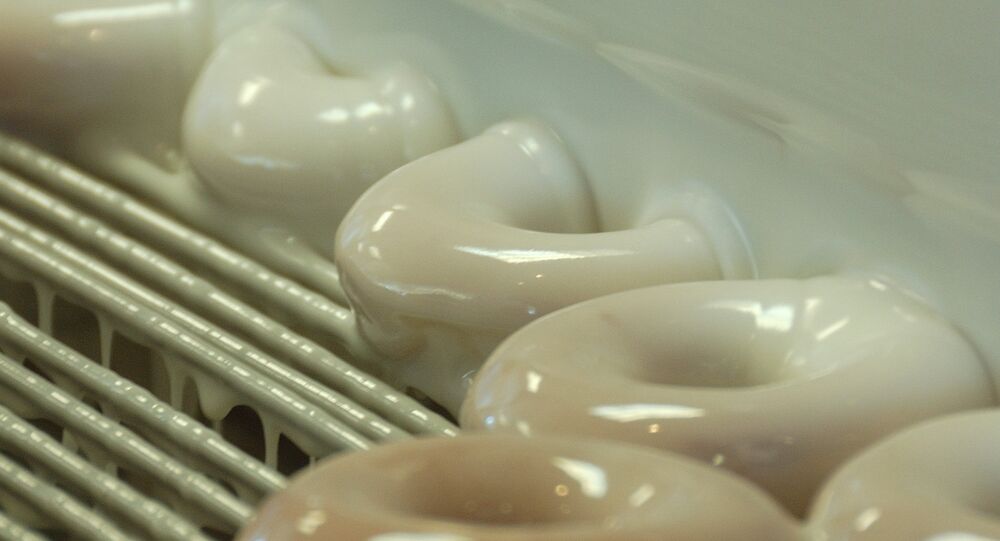 As soon as the red Krispy Kreme sign lights up, you can smell the doughnuts from a mile down the road. It’s a warm, inviting scent. Less inviting, however, are references to a hate group. As part of a promotional campaign, one British doughnut shop started the Krispy Kreme Klub. Or: KKK Wednesday.

Funday Monday is a good idea. Colouring Tuesday sounds like a blast for the kids. Who wouldn’t get a kick out of Face Painting Thursday? But one thing guaranteed to turn customers away is to put “KKK” in front of any day of the week, but that’s exactly what one tone-deaf Krispy Kreme in the British city of Hull did.

For those unfamiliar, the Ku Klux Klan is an infamous hate group largely associated with the American South, which carried out unspeakable violence against African Americans. In short, the KKK are horrible racists, and while they were most prevalent in the 19th and early 20th centuries, they still exist today.

KKK Wednesday was part of a campaign designed to appeal to kids during half term. In addition to the Krispy Kreme Klub, the calendar of events also included Balloon Madness and Board Games Galore.

“Why not come and join us in our Hull store during the half term holiday with the children, for our fun activities…” read the Facebook page of Krispy Kreme UK. The post has since been removed, and the company seems to be washing its hands of KKK Wednesday.

“All material has been withdrawn and an internal investigation is currently underway,” a Krispy Kreme spokesperson told the Mirror, adding that the company apologizes “unreservedly for the inappropriate name of a customer promotion at one of our stores.”

The doughnut chain also skirted controversy recently after it embroiled itself in the “deflategate” discussion. After allegations emerged that the New England Patriots were cheating by deflating footballs, Krispy Kreme tweeted a photo of a football-shaped doughnut, with the caption, “Ours are fully filled.”

“It was all done in good fun,” a company spokesperson told the Huffington Post at the time."

By all accounts, that tweet was in good fun. Deflategate is fair game for a little doughnut humor. But laughing off KKK Wednesday may be a little harder to do.

For the record, major competitor Dunkin Donuts has not aligned itself with any white supremacist groups as of late, which may make it a better place to get that raspberry jelly-filled you’re craving.