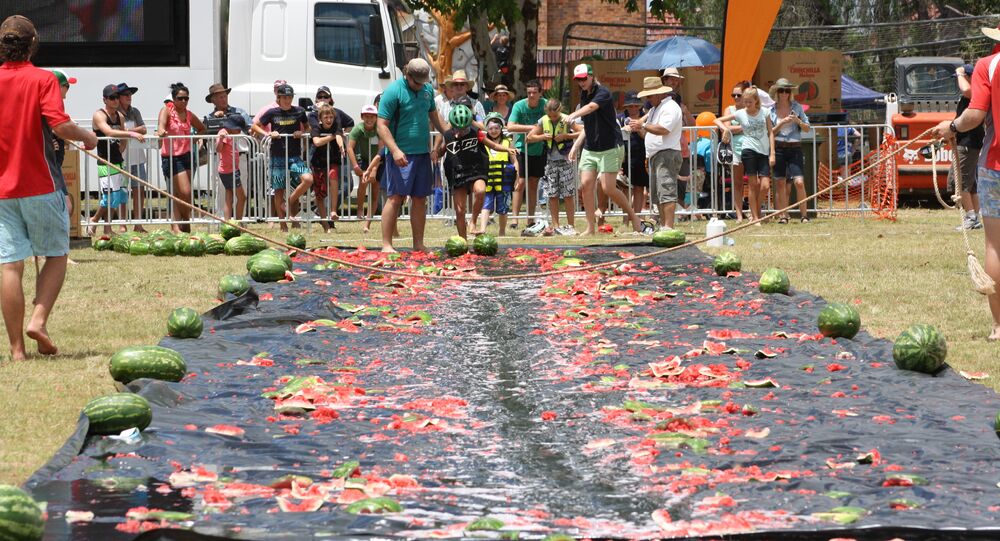 Visitors from around the whole of Australia and a number of other countries gathered at the world-famous Chinchilla Melon Festival, which began on February 12 and finished yesterday, to have some melon-themed fun and drive the festival to a record breaking attendance over the weekend.

The attendance was the highest recorded in the 21-year-old history of the Chinchilla Melon Festival. During the four days of the event, more than 15,000 people attended — breaking the previous record of approximately 12,000.

Visitors had a chance to participate in various melon competitions unique to the festival, including melon skiing, melon bungee jumping, melon ironman and ironwoman races, pip spitting competitions, melon eating races and many other events, which in total used up over 20 tons of melons.

Chinchilla Melon Festival President Doug McNally said the organizers were still "in awe" at the scale of this year's event.

"That was our biggest event by at least a few thousand people," he said.

Chinchilla is known as the "Melon Capital" of Australia, because it produces a quarter of Australia’s melons. At Chinchilla’s 2009 Melon Festival, John Allwood broke the Guinness World Record for Melon Head Smashing, cracking open 47 watermelons using only his head.