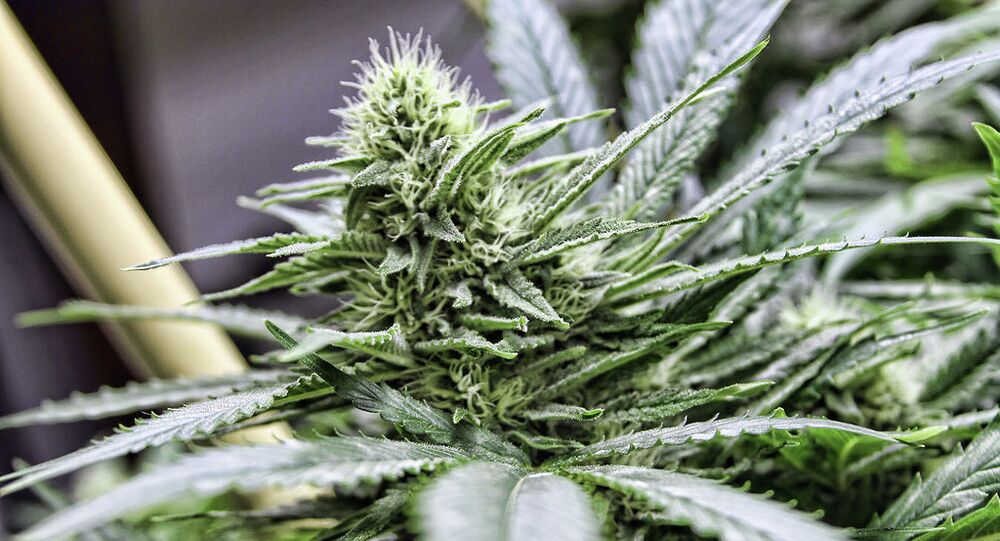 Home Grown: How to Find Out if Your Neighbor Is Secretly Growing Pot

Use these tips to find out if your gardening-addict neighbor is secretly cultivating a marijuana plantation at home.

© Flickr / Presna 420
Obama Budget Allows for Pot Legalization in Washington DC
Ekaterina Blinova — Nowadays it's hard to find a committed gardener amongst city-dwellers, on the other hand an extraordinary gardening-addiction may send out a clear signal that a person is secretly growing marijuana, police say.

In the Dutch city of Haarlem a cannabis plantation was discovered by local police in a  residential house this week. Meanwhile, another Dutch "gardener" was arrested by police for cultivating almost 88 marijuana plants in his bedroom, in Zutphen. The officials revealed that the plantations were detected due to the new police method of looking for snow-free areas on roofs of residential buildings: since marijuana cultivation requires high temperatures, the lack of snow on a roof is a sure sign that there is cannabis being grown underneath.

Meanwhile in Ireland, a drug addict was sentenced for three years for growing 25 cannabis plants in his house in the city of Drogheda, media reported on Saturday. Alex Greene, 33, told detectives that the marijuana he was cultivating was  high quality and bemoaned the fact that he had to part with his well-kept garden.

© Sputnik
Booming Cannabis Industry Faces Opposition From US Federal Legislation
Another gardening-addicted Irish national was captured by police in County Offaly this week: the man could have been involved in cultivation of almost three hundred marijuana plants in a house at Coolcor in Rhode. According to police estimates, the drugs seized from the suspect are worth around $280,000.

However, the record has been already beaten by an unknown farmer from St Helens town, Merseyside, England. A huge "garden" comprising almost 400 plants of cannabis was discovered by police officers in three bedrooms and the loft of a house on a quiet St Helen's street. The well-equipped hydroponic farm could have brought up to £1.5 million ($2.2 million) each year, reports say.

In order to prevent the spread of illegal drugs police use various methods and techniques: British officers, for instance, deploy heat-sensing helicopters in order to detect marijuana farms in residential houses. However, officers call upon city dwellers to watch their neighbors closely, especially if they look like enthusiastic gardeners. Some of the signs that your neighbor is secretly growing pot include specific smells and strange sounds, dubious individuals visiting your neighbor at unusual times, heat and birds gathering on his roof in the cold. Sealed windows and lots of gardening equipment in his yard could also be an alarming signal. Of course, separately these activities should not be considered suspicious, however together they may indicate that something slightly more sinister is going on.

US Surgeon General: Marijuana Can Be Helpful