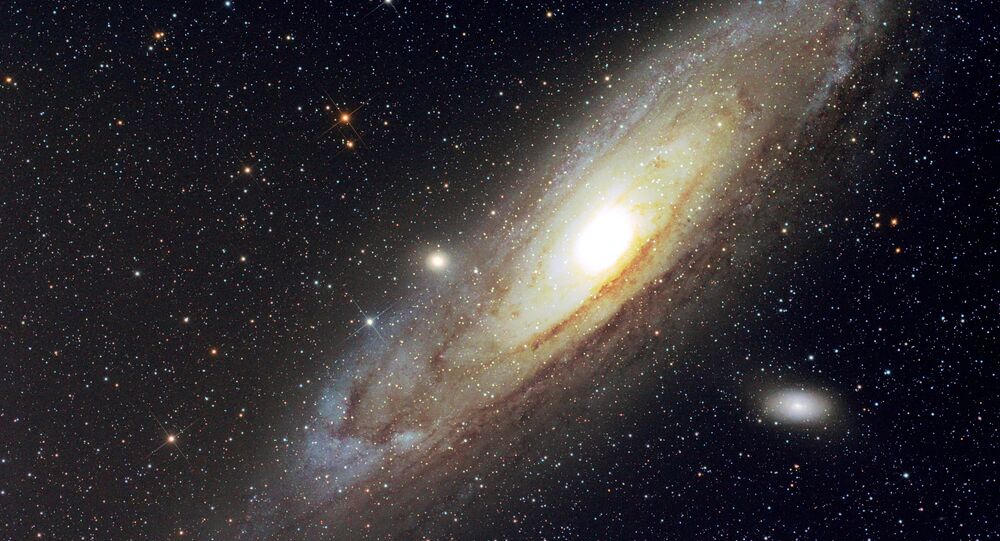 Earlier, the analysis of the Cosmic Microwave Background suggested that the first generation of stars in the universe were formed nearly 420 million years after the Big Bang.

© NASA
NASA Spacecraft Dawn Delivers New Images of Dwarf Planet Ceres
The first stars in the universe are not as old as they were believed. Astrophysicists from the European Space Agency supposed that the ancient cosmic objects came into being approximately 560 million years after the Big Bang.

The scientific team of the PLANCK telescope published new data and made the most precise map of the Cosmic Microwave Background (CMB). They disovered that so-called "dark ages" of the universe, a period when clouds made up of hydrogen atoms filled the cosmos, ended 560 million years after the Big Bang. The findings showed that the oldest stars and galaxies started to give off light 140 million later than previously believed.

Earlier, the analysis of this radiation has suggested that the first generation of stars in the universe were formed nearly 420 million years after the Big Bang.

The difference of 140 million does not look significant in the context of the 13.8-billion history of the universe, but it will definitely contribute to the understanding of how certain key events progressed in its early periods, Prof. George Efstathiou, one of the leaders of the Planck Scince Collaboration, thinks.

The recent data from the PLANCK telescope provided crucial improvements to the standard cosmological picture of the universe.