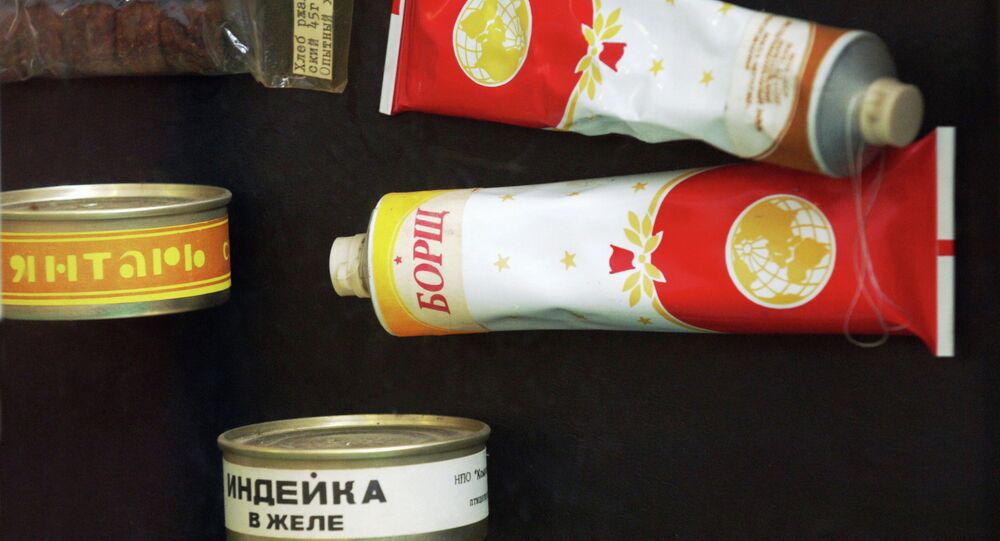 Visitors of All-Russian Exhibition Center (VDNKh) will have a chance to try a full-course cosmonaut menu, including four kinds of soups, various meat dishes and a variety of deserts. According to organizers, there will be 11 variations of tubes, each tasting like a different kind of food.

1 / 6
© Sputnik / L. Nosov
Flight food for "Salyut" station crew
© Sputnik / Mikhail Fomichev
Cradle of Space Travel: Russian Cosmonauts Training Center in Pictures
13
Each tube is 115 grams and cost 300 rubles (around $4.5). The tubes are made in one of Moscow’s factories, using the same technology as tubes used by astronauts in space. Producers do not use any genetically-modified (GM) products and assure that food in the tubes is made from natural ingredients only.

The tubes will be sold in a special vending machine.

Food in tubes gained popularity after World War II and was first used by military pilots during long flights. Pilots started using tubes that allowed them to eat without having to remove the oxygen mask. When Yuri Gagarin went to outer space in 1961, food in tubes became the logical choice to feed cosmonauts.

Selfies From Outer Space: Everyday Life of Cosmonauts in Pictures