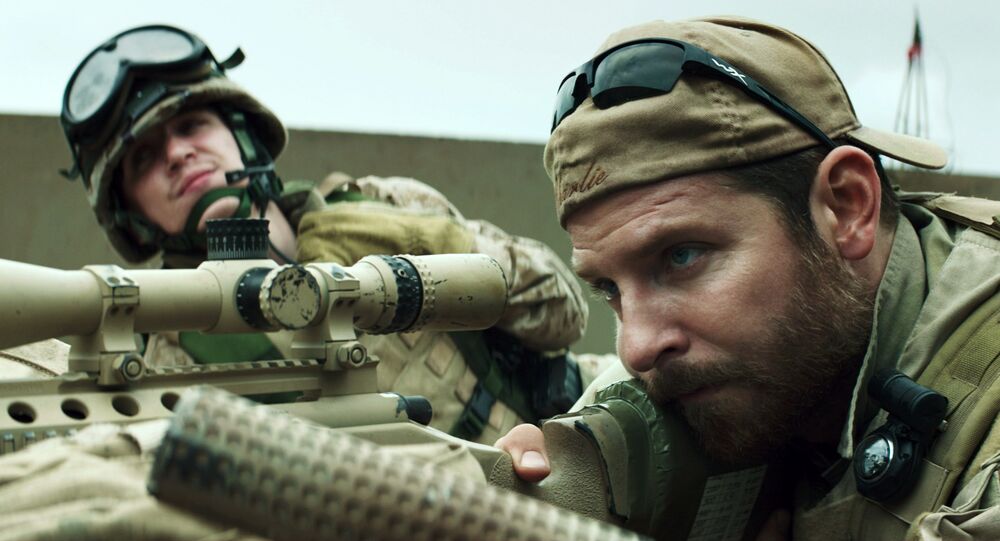 American Sniper, a controversial war film based on true events, has been pulled from some theaters in Iraq.

MOSCOW, January 30 (Sputnik) — American Sniper, a controversial war film by Hollywood legend Clint Eastwood about a US sniper in the Iraq War, has been pulled from some theaters in Baghdad after a week of sold-out showings, the GlobalPost reports.

The film, highlighting the life and death of United States Navy SEAL sniper Chris Kyle, ignited a vigorous debate in the United States following its release late last month, with academics, former politicians and media critics from across the liberal and libertarian field in the US political spectrum voicing their opinions of the film.

In Iraq, the debate rages between those who view the film as a fun war movie, and those who believe that Kyle's actions were the result of an invasion which has claimed the lives of countless Iraqi citizens, and does not deserve glorification.

A theater in the Baghdad's elite Mansour Mall has decided to pull the movie following a week of showings, an employee telling journalists that the decision was made "because the hero of this film boasts of killing more than 160 Muslims."

A movie goer identified as Wael told GlobalPost that "to some extent, I considered it against all Muslims." Referring to the opening scene from the movie, where a woman and a child carrying an IED are killed, Wael noted that while Kyle could have attempted to resolve the situation without killing them, "he didn't because he's bloodthirsty like all the American troops."

© AFP 2021 / MARK RALSTON
American Sniper Ignites Heated Debate Over US Invasion of Iraq
Others brushed off the criticisms. University student Jalal told GlobalPost that "it's just a movie, and I like war movies. If they are true or not, whatever!" Another man, Mohammed, echoed Jalal's love of war movies, and noted that this type of film is especially relevant now, giving him "the strength to face ISIS," adding that "the sniper was killing terrorists."

The film, released late last month in the United States, has faced considerable controversy over its simplistic, patriotic message, with critics panning its simplistic portrayal of Kyle, who described Iraqis as "savages."

In Kyle's memoirs, which have themselves been the subject of controversy, the veteran noted that he "hated the damn savages I'd been fighting," saying that "savage, despicable, evil" are the words that can be used to describe "what we were fighting in Iraq." He also noted that he "couldn't give a [expletive] about the Iraqis," and that he "loved" his job and considered it "fun."

Kyle, who served four tours of Iraq, was murdered in 2013 at a shooting range in Texas by a 25-year-old former Marine who suffers from mental illness and post-traumatic stress disorder (PTSD). The trial of Eddie Routh for the murder of Kyle begins next month.