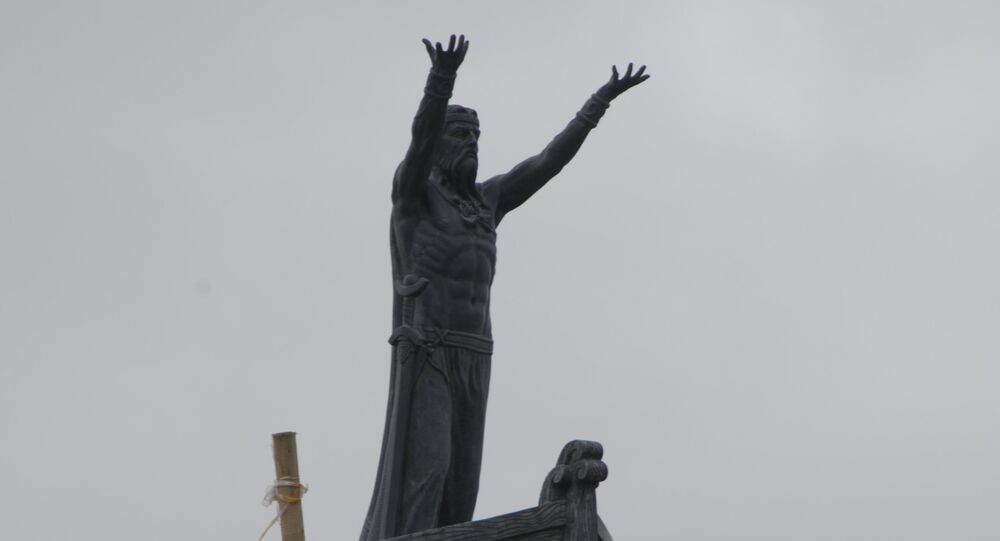 A sculpture of a Celtic deity erected on Binevenagh Mountain last year has mysteriously vanished. A wooden cross with the words "You shall have no other gods before Me" was found in its place.

"I'm very disturbed by this. It's unreal. Some statues are stolen for their bronze. But this was cut down at the base and the materials would not have been worth stealing. It was very heavy and would have taken a long time to remove," Mr. Sutton said as quoted by the BBC.

The statue was erected on the mountain a year ago and had immediately become one of the most visited tourist attractions in the region. Local authorities are beating the drums about the theft, urging everyone with information to come forward.

"This statue of Manannan Mac Lir was in the area of Gortmore viewing point and is part of the Myths and Legends sculpture trail. Anyone with any information about this theft is asked to contact Limavady Police Station on the non-emergency number 101," Constable Nelson said as quoted by Belfast Telegraph, adding that the police were notified about the disappearance of the statue at 10:25 GMT on Wednesday.

John Sutton emphasizes that it would have required considerable efforts to remove the deity, made of fibre glass and stainless steel: a number of men with angle grinders would have been need to work for several hours in order to take away the sculpture. Curiously, those who did it left a wooden cross with the words "You shall have no other gods before Me" on the pedestal. The phrase on the cross was a quotation from the Bible's Book of Exodus (20:3).

"Police can confirm that a wooden cross was left after the statue was taken. A possible religious aspect is one line of enquiry," a police spokesperson reported.