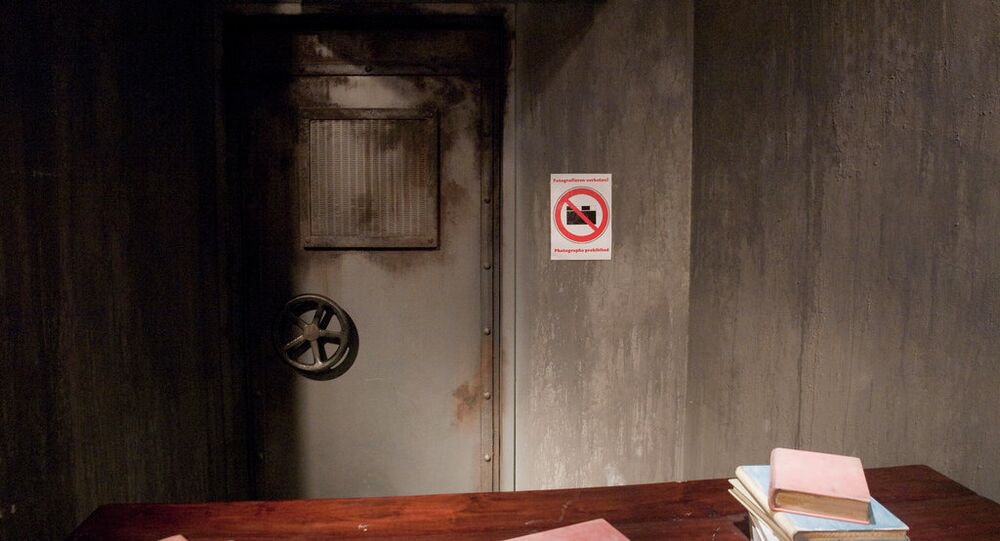 Top Secret, a museum dedicated to the history of espionage, is planning to recreate the bunker complex where Adolf Hitler spent his last days in 1945.

MOSCOW, January 9 (Sputnik) — A German museum is planning to recreate the bunker complex where Adolf Hitler spent his last days in 1945, German news portal The Local has reported.

"We're just in the planning stages, the architects are working on it," the director of the museum, Ingo Mersmann said Thursday, as quoted by The Local.

© AP Photo / Michael Probst
Watercolor Painted by Adolf Hitler to Be Sold At Auction This Weekend
According to Mersmann, the new installation by Top Secret, a museum dedicated to the history of espionage, will open in 2015 in the center of the northern German city of Oberhausen. The original bunker was located in Berlin. The management plans to restore five rooms where Hitler lived, as well as rooms used by his secretary and doctor, and a radio room. Originally portraits of Hitler were hung on the bunker walls. The museum exhibit will display empty frames, The Local said.

"We want this to be an educational experience so that families or groups of school kids can see how it really was: to experience the tiny rooms and the dampness of the bunker. We want to recreate it to show people," Mersmann said as quoted by the news portal.

Previously Top Secret reconstructed Osama bin Laden's hiding place. Props from the James bond film and a hat which belonged to Fidel Castro are among the museum's showpieces, according to The Local.

Hitler's original bunker was captured by Soviet forces shortly after the German dictator committed suicide on April 30, 1945. In 1947, the bunker was destroyed and the location turned into a car park. In 2006, local authorities placed a signboard with a plan of the bunker and historical facts.