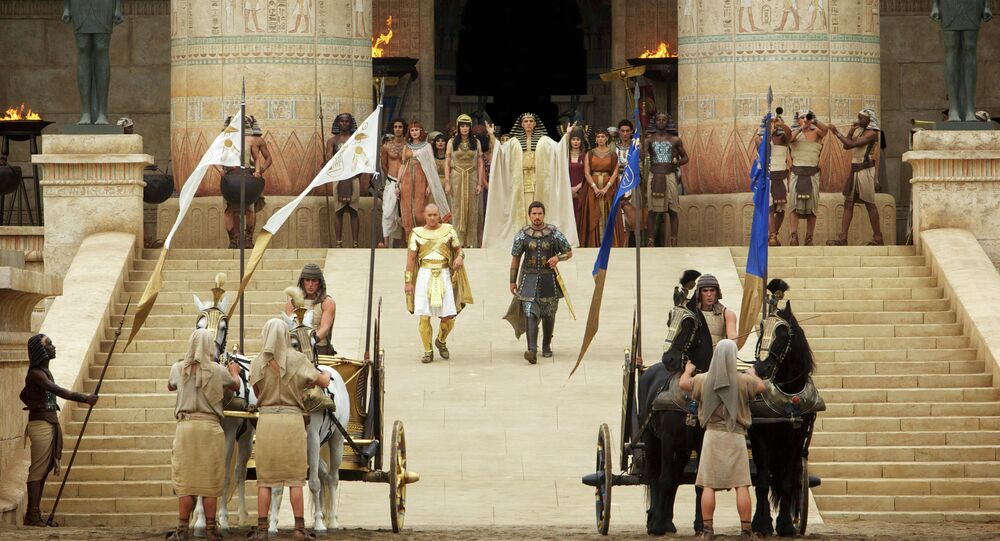 Inspired by a Biblical plot, the epic movie depicts the exodus of Hebrews, suppressed by Pharaoh Ramses, from Egypt.

According to Gaber Asfour both historical facts and the original Biblical story were badly distorted by the film makers. For instance, in the scene of parting of the Red Sea Moses, the Jewish prophet, is holding a "sword," while originally he used a "stick." Moreover, the parting of the Red Sea was depicted as a "tidal phenomenon," with no accent on God's famous miracle.

"It is a Zionist film. It gives a Zionist view of history and contains historical inaccuracies and that’s why we have decided to ban it," said Egypt's culture minister.

Earlier, in March, Egypt's Islamic authorities prohibited the screening of Hollywood Biblical movie "Noah" with Russell Crowe, pointing to the fact that the "portraying" of a prophet contradicted Islamic rulings.

Another North African Muslim state, Morocco, has also banned on the movie. Although "Exodus: Gods and Kings" was initially approved by the state-run Moroccan Cinema Centre, later theatre managers were forced to ban the film under the threat of the closure of their businesses.

"They phoned and threatened they would shut down the theatre if I did not take the film off the schedule," said Hassan Belkady from Cinema Rif in Casablanca as quoted by Agence France Presse.

Meanwhile, some Christian groups have also expressed their dissatisfaction with the fact that Ridley Scott blatantly changed the original Biblical plot.

Quite insulting and pathetically comedic that Moses nearly drowned in the Red Sea with the Egyptians & had to swim to safety. #ExodusMovie

So many people think the bible is a historical document- I can't work out if that's funny or scary. Probably scary. #ExodusMovie

So much historical inaccuracy; the worst was the racism in the cast.The black people in the movie were the slaves & thieves. #ExodusMovie

Imagine if Africa had a booming film industry & made a film about Winston Churchill and 1960 Britannia, and everyone was black? #ExodusMovie

Oh, FFS Ridley. Couldn't you at least have made an effort?! #ExodusMovie @Lexialex @deanand @BROADUS pic.twitter.com/4uNeV2iMof

Hollywood is funny. If you didn't know any better you would think an Egyptian Pharaoh was Anglo-Saxon. #ExodusMovie