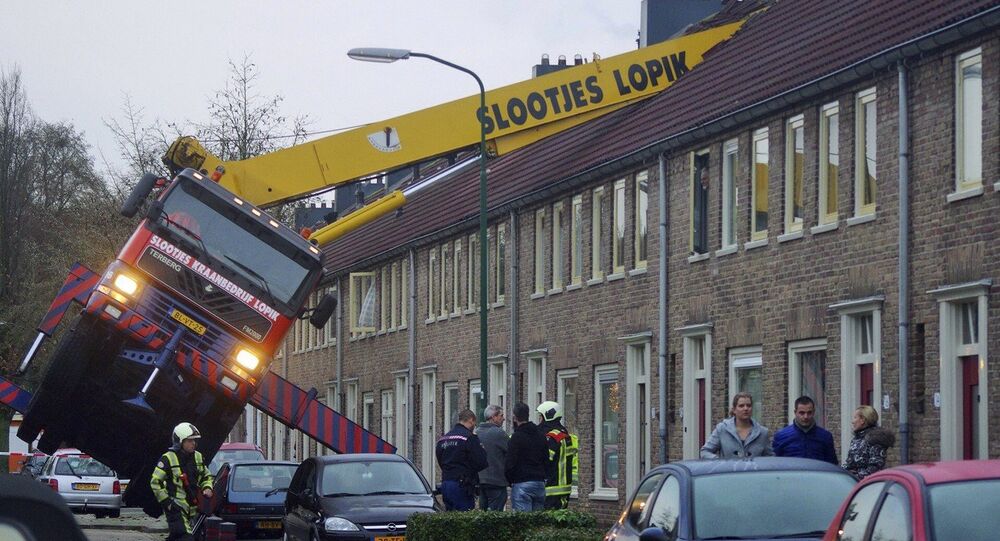 An attempt by a romantic Dutchman to ask for his girlfriend’s hand in marriage in an unusual way has led to a collapsed roof and the evacuation of six apartments in her building.

© CC0 / Enrique Dans / GPS
Japanese Artist Creates Most Romantic Marriage Proposal With GPS Technology
MOSCOW, December 14 (Sputnik) – A romantic Dutchman was in search of a novel way of proposing to his girlfriend, but the attempt ended up being a fiasco.

He rented a crane truck, which he intended to use to descend to the bedroom of his girlfriend from the clouds, asking for her hand in marriage early Saturday morning in the town of Ijsselstein where they both lived, according to the newspaper Algemeen Dagblad.

Parallels can be drawn to ancient Greek theater, where actors playing gods were often introduced to the stage using elaborate scaffolding; it is from this practice that we get the expression deus ex machina: god from the machine.

The boyfriend’s idea was to play a song and pop the question.

However, the gods weren’t smiling on the tragicomedic couple; the unreliable vehicle suddenly let him down by toppling over, crashing into the building’s roof and creating a large hole.

The crane fell once again when the workers tried to level it out using a larger crane, destroying the rest of the roof.

Six apartments have been evacuated.

However, this tragicomedic tale has a happy ending: the girlfriend said "yes".

After speaking with the local police, the pair left for Paris to celebrate.

Marriage is Better When It Starts Online - Study