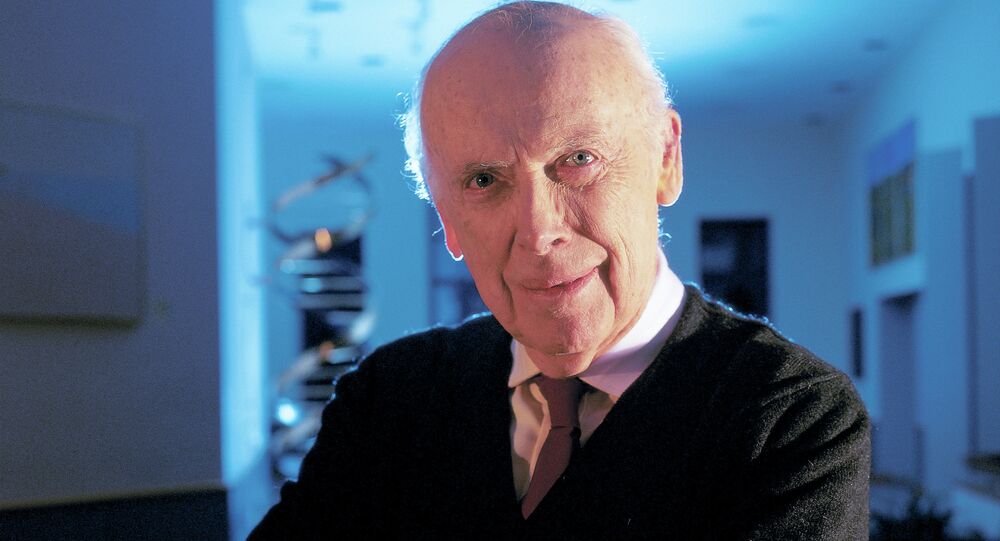 US Nobel Laureate Thanks Russian Tycoon for Returning Prize After Sale

Russian philanthropist Usmanov bought the Nobel Prize, received by DNA scientist James Watson back in 1962, for $4.1 million at a Christie's auction on December 4 in order to return it to the owner.

"I have just learned that Alisher Usmanov, the gentleman who purchased my Nobel Prize at auction last week, will return it to me. I am deeply humbled by this gesture that reflects his appreciation of my after-the-double-helix life being largely devoted to cancer research, initially toward finding the mutable genes that give rise to most cancers and now using this knowledge toward the curing of cancer," Watson told Sputnik.

Usmanov bought the Nobel Prize, received by Watson back in 1962, for $4.1 million at a Christie's auction on December 4 in order to return it to the owner.

Usmanov explained that he found the situation when a distinguished scientist had to sell his well-deserved award intolerable. Moreover, the Russian philanthropist was motivated by personal reasons, as his father died from cancer, the disease that Watson's works help fight.

"Mr. Usmanov lost his father to cancer. I want him to know that his gift enables me to more effectively spend the rest of my life pursuing a cure for this dreadful disease while empowering others in this vital effort. Mr. Usmanov honors all researchers, like those here at the Cold Spring Harbor Laboratory, with this recognition of their life-saving work," Watson added.

Watson, who discovered the structure of DNA, carried out pioneering research in molecular biology and has conducted extensive studies into cancer, plans to use the funds to contribute to universities where he has previously worked or studied, including the University of Chicago, Indiana University, the University of Cambridge, and the Cold Spring Harbor Laboratory.

Sixty-one-year old Alisher Usmanov is one of the most famous Russian businessmen with a fortune estimated at $16.1 billion, according to the Forbes 2014 ranking. His fortune was built through steel and mining operations. His holdings also include stakes in Russia's mobile phone operator Megafon, and the country's largest business daily Kommersant as well as Arsenal football club.

Usmanov is also one of the world's most significant philanthropists. According to the Sunday Times Giving List 2013, Usmanov donated $112.6 million in just 12 months.