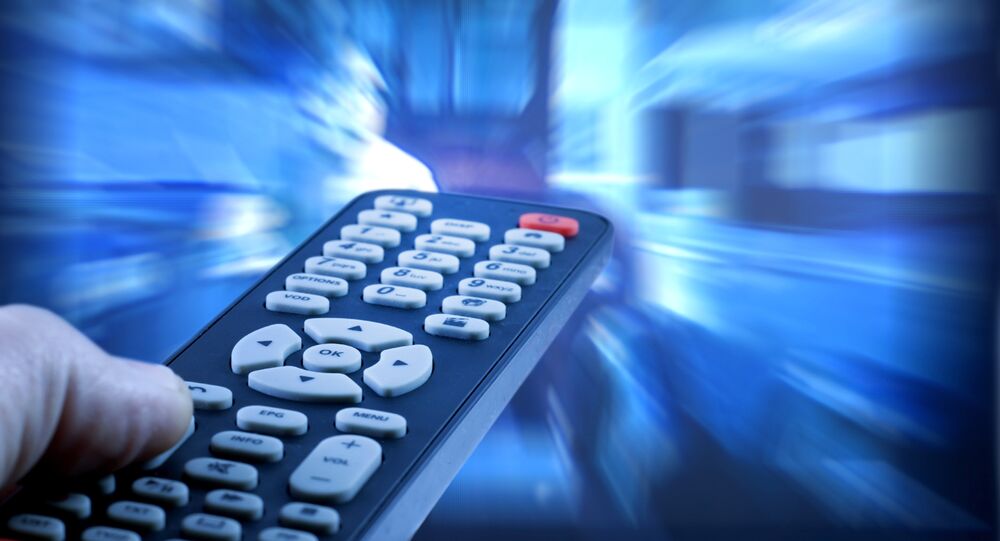 A short film that is a part of 12 films meant to depict the 12 core values of the Thai new government has sparked controversy as a schoolboy is depicted painting a portrait of the German dictator Adolf Hitler. The scene allegedly was intended to educate people about the bad and good sides of democracy.

© AP Photo / Michael Probst
Watercolor Painted by Adolf Hitler to Be Sold At Auction This Weekend
MOSCOW, December 10 (Sputnik) — Responsible History Education Action, an organization, which campaigns against the spread of Nazi propaganda in Thailand, condemned a scene featuring Hitler in a film commissioned by the Thai government.

The film called "30" was premiered in Thailand last week as part of the "Thai Niyom" (Thai Pride) series commissioned by the Thai Prime Minister's Office. The series is a compilation of 12 short films, meant to depict the 12 core values of the Thai new government.

The theme of a short film that sparked controversy was the value of "learning about democracy." A schoolboy is depicted painting a portrait of the German dictator Adolf Hitler.

© Flickr / Global Panorama
‘Safe Haven for Hitler’s Men’: US Used Nazis as Cold War Spies
"We are concerned and deeply saddened that the image of Hitler and a Nazi swastika was featured in a government video meant to extol values to the Thai people," Responsible History Education Action said in a statement published on the organization's website.

The organization stated that the scene reaffirmed a lack of understanding of the scale of Nazi atrocities among Thai people.

The scene allegedly was intended to educate people about the bad and good sides of democracy, the Office of Prime Minister of Thailand's spokesman, Col. Sansern Kaewkumnerd told the Khaosod newspaper.

The director the movie Kulp Kaljaruek did not expect this scene to attract harsh criticism, the newspaper reported.

"As for Hitler's portrait, I have seen so many people using it on T-Shirts everywhere. It's even considered a fashion. It doesn't mean I agree with it, but I didn't expect it to be an issue at all," the director of the short film, was quoted as saying by the newspaper.

Hitler has become a pop icon in modern Thailand, being represented on souvenirs, clothes, etc. In 2013 Chulalongkorn University students displayed a billboard showing the German dictator alongside Batman, Captain America and other superheroes.

Responsible History Education Action aims to reduce the use of Nazi symbols and images of Hitler by Thai people and educate them about the history of the Holocaust and the WWII.