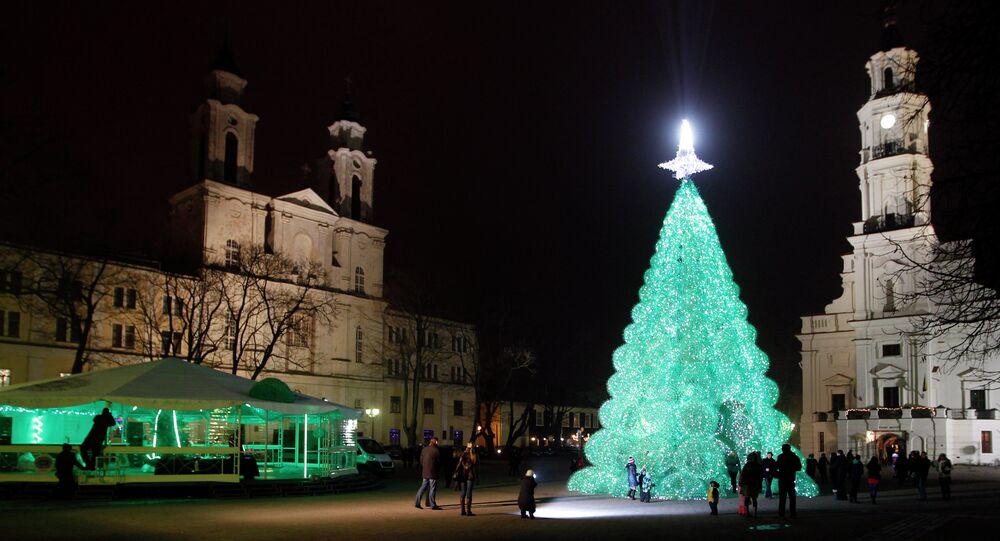 A three-meter tall Christmas tree made of discarded plastic bottles and lit up from a generator hooked to a bicycle will soon decorate one of Moscow’s streets.

MOSCOW, November 27 (Sputnik) – Members of a Russian group of environmental enthusiasts, ‘Recycle’ are preparing a seasonal gift for the Russian capital.

A hand-crafted Christmas tree made of discarded plastic drink bottles will soon decorate one of Moscow’s central streets.

The twinkling lights on the tree will be lit up by an attached electric power generator, which will be powered by a bicycle.

“Unlike other European cities, Moscow is not using alternative energy sources. We would like to demonstrate that it is possible to illuminate the capital without much harm to the environment,” Recycle’s official website quotes one of the project’s creators, Dmitry Levenets, as saying.

“One bicycle with an electric power generator is enough to light up a three-meter high tree,” he added.

After the holidays, the bottles will be recycled.

Paris Lights up Christmas Tree Purchased With Help From Moscow