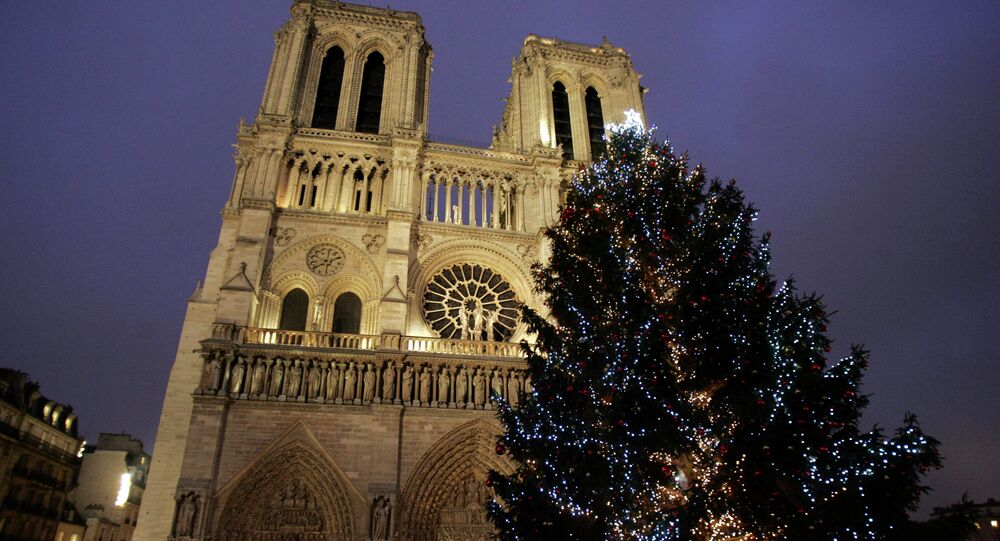 Paris Lights up Christmas Tree Purchased With Help From Moscow

Paris switches on lights of Christmas tree which was purchased and set up in Paris with Moscow’s help.

PARIS, November 22 (Sputnik) — The lights of the Christmas tree purchased and erected in Paris with Russian help were switched on, Saturday.

“I have chosen this tree in my forests,” Santa Claus told reporters, who later was revealed to be Russian Embassy Spokesperson Sergei Parinov.

Moscow helped Paris raise funds for the giant Christmas tree this year as the donations made in France were insufficient.

The lights of the Christmas tree placed in front of Notre Dame Cathedral were switched on jointly by Russian Ambassador to France Alexander Orlov and rector of Notre Dame de Paris, Monsignor Patrick Jacquin.

“We thank you for this friendly gesture,” Jacquin said, wishing the Russian people a merry Christmas.

Russian government representative Igor Tkatch told reporters that the idea of making such a present came about only a few weeks ago, meaning that Moscow had to act fast.

When asked about EU sanctions against Russia and on the delivery of two Mistral-class helicopter carriers to Russia, Tkatch answered that the gesture had nothing to do with politics.