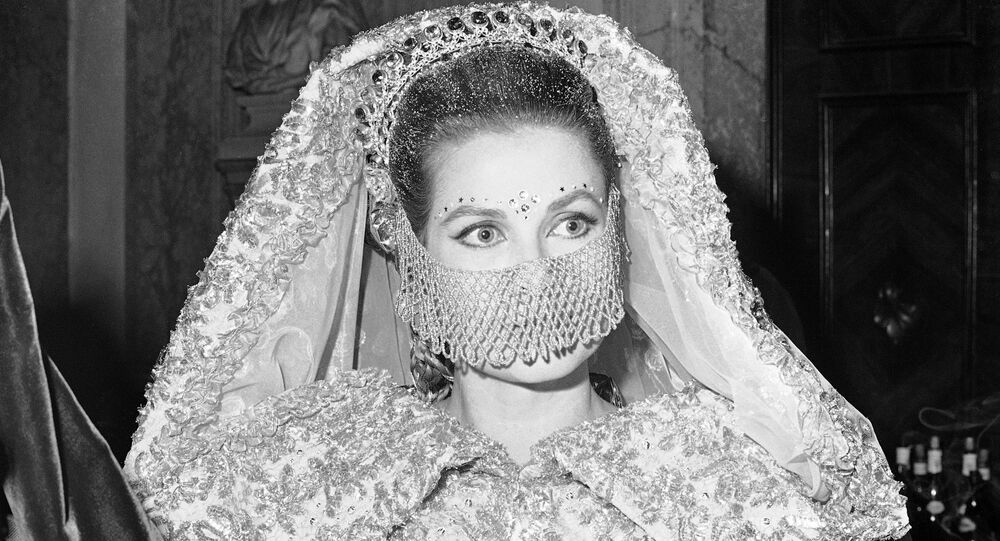 Grace Kelly was born 85 years ago on November, 12, she was an actress who became an actual princess.

MOSCOW, November 12 (RIA Novosti) – November 12 marks what would have been the 85th birthday of Grace Kelly, an ordinary American girl who, through determination and hard work, had a successful career as an actress and, through a chance of fate, became an actual princess.

Kelly (full name: Grace Patricia Kelly) was born on November 12, 1929, in Philadelphia in the US state of Pennsylvania, Kelly into an aristocratic family. Her father, Jack Kelly, a three-time Olympic sculling champion, ran a successful construction business. Her mother, Margaret Majer, was a beauty queen and fashion model in her youth. An uncle, George Kelly, was a well-known playwright and a winner of the Pulitzer Prize for Drama. Kelly was the third child in a family of four siblings, and studied at Ravenhill Academy, a private Catholic school for girls. It was there she made her first stage appearance, as the Virgin Mary in a Christmas play.

Kelly attended the American Academy of Dramatic Arts, graduating in 1949. While a student, Kelly worked as a photographic model, finding her way to the front covers of Cosmopolitan and Redbook magazines. Following her 1949 Broadway debut in August Strindberg’s play, “The Father,” Kelly, in 1950-1951, played many minor roles in television dramas in New York.

In 1951, Grace Kelly made her screen debut as a supporting actress in Henry Hathaway’s film, “Fourteen Hours.” After co-starring alongside Gary Cooper in Fred Zinnemann’s western, “High Noon,” (1952) and winning an Academy Award nomination as the best supporting actress for her role in John Ford’s thriller, “Mogambo,” (1953), Grace Kelly became a rising star of Hollywood. In 1955, a lead part in George Seaton’s melodrama, “The Country Girl,” earned her an Academy Award for best actress.

In April 1955 Kelly met Prince Rainier III (Grimaldi) of Monaco while the two participated in a photo shoot for the Cannes Film Festival. The following year, the Prince came to the United States and proposed. Though informed that she would have to quit her acting career to be the Prince’s wife, she accepted.

The couple announced their engagement at Christmas in 1955. The wedding took place in April 1956 and was dubbed the “wedding of the century” and “the first modern event to generate media overkill.” None of her movies were permitted to be screened in Monaco.

Now officially titled Princess Grace of Monaco, Kelly gave birth to Prince Albert II of Monaco (1958) and two princesses – Caroline (1957) and Stephanie (1965). Following her marriage, the Princess devoted much of her time to charity. She was the president of the Garden Club of Monaco, the Red Cross of Monaco and of the organizing committee of the International Arts Foundation.

Grace Kelly died in hospital in Monte Carlo on September 14, 1982, from injuries sustained in a car accident on the Cote d’Azur in southern France. As she was driving back to Monaco, she reportedly suffered a stroke and lost control. The car slid down a 40-meter mountain slope. Her daughter, Princess Stephanie, a passenger, survived. Grace Kelly was buried in the Grimaldi family vault at the St. Nicholas Cathedral in Monaco.

In 1982, Prince Rainier established Princess Grace Foundation-USA in memory of the Princess and remained its primary trustee until his death in 2005. In over 32 years, the foundation donated over $10 million to almost 700 theater, dance, and film artists. The annual awards ceremony always takes place on November 12, the eve of Princess Grace’s birthday.

In 2014, Olivier Dahan’s film, “Grace of Monaco,” starring Nicole Kidman as Princess Grace, premiered at the opening of the 67th Cannes film festival. The picture was criticized by the Royal House of Grimaldi for “major historical inaccuracies and a series of purely fictional scenes.”

Luxury Must Be Comfortable: in Memory of Coco Chanel

Lady in red: Angelina Jolie at the premiere of the spy movie Salt in Moscow