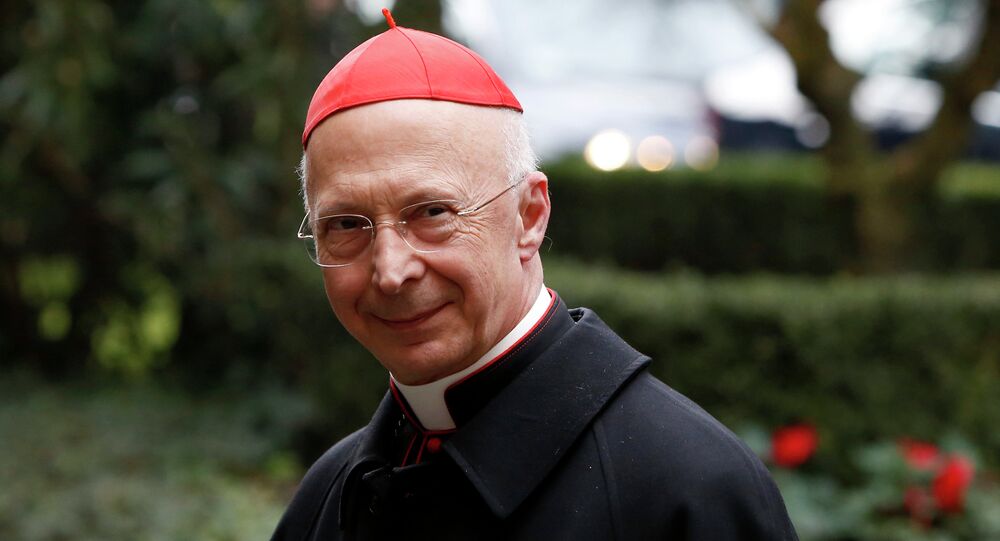 Cardinal Angelo Bagnasco is adamant that same-sex and civil unions are irresponsible and, being akin to a Trojan horse, undermine culturally and socially the core of humanity.

"It is irresponsible to weaken the family by creating new forms. It only confuses people and has the effect of being a sort of Trojan horse, undermining culturally and socially the core of humanity," the Catholic cardinal told Italian bishops in the town of Assisi in Umbria, as cited by the Telegraph.

Cardinal Angelo Bagnasco claimed that children "have a right to a mother and a father," adding that many gay couples have children through adoption or donor methods.

Cardinal Bagnasco's statements reflect the dissatisfaction of conservatives within the Catholic Church at the growing number of Italian mayors who have recently raised the question of recognizing same-sex unions which were legally established overseas, the media outlet points out.

Although gay marriage has not yet been legitimized in Italy, same-sex couples have been using the loop-hole of getting married abroad and then receiving recognition from their local councils "by registering their unions in town halls," the Telegraph explains.

According to a survey conducted in Italy last year, about 85 percent of Italian civilians approve the idea of recognizing same-sex civil unions, while 25 percent supported full gay marriage.

Remarkably, Cardinal's Bagnasco's remarks come after the Pope’s plea to be more tolerant and compassionate towards gay people, made about a month ago.

"God is not afraid of new things. That is why he is continuously surprising us, opening our hearts and guiding us in unexpected ways," Pope Francis said to Vatican synod while discussing family issues, as cited by the Independent.  The Pope added that the Catholic Church should "respond courageously to whatever new challenges come our way."

Predictably, conservative priests were shocked by the new liberal approach demonstrated by the Vatican towards same-sex couples, especially after an interim synod document had been issued calling upon the Church to welcome homosexuals.

"Cardinal Bagnasco’s comments on the family are, as ever, absolutely clear. Children have the right to have a mother and a father. The attempt by mayors to undermine the law and the Italian constitution by registering gay marriages performed abroad is specious and constitutes a classic Trojan horse tactic," stressed Eugenia Roccella, an MP with the New Centre Right party, as quoted by the Telegraph.

Latvia’s Foreign Minister Says He Is Proud to Be Gay

Gay Marriage Rights to Extend to 35 US States